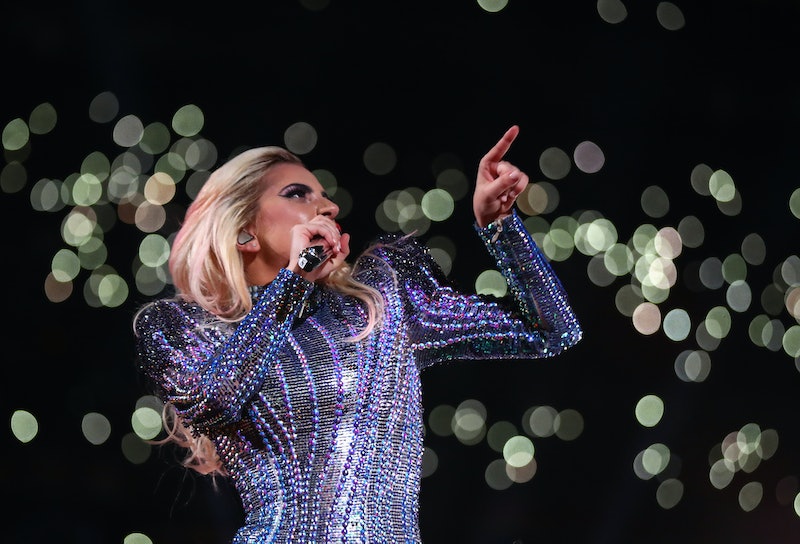 Lady Gaga rocked the 2017 Super Bowl Halftime Show with her hit songs and her signature flair — and of course, the internet was commenting along via social media. You won't want to miss any of the hilarious 2017 Super Bowl Halftime Show memes and tweets that capture the magic and awesomeness of Lady Gaga's big moment on the field at NRG Stadium in Houston, Texas. At a news conference last week, Mother Monster didn't reveal too much about what to expect during her performance.

"I'm going to be taking the spirit of many performers with me on that stage when I go up there," Gaga said during the press conference, according to CBS Sports. "I'm grateful to have wonderful women in this business that are supportive of me." The Hollywood Reporter reported Lady Gaga also noted that one of her most famous outfits would not be worn during the performance. "I will tell you that there’s not gonna be any meat dress there," she said at the end of the press conference, according to THR. "So don’t wait for that."

But the internet had so many other things to say about everything else that happened during Gaga's epic performance. You can watch it here:

Now, get caught up on all the tweets and memes about the the 2017 Super Bowl Halftime Show below.