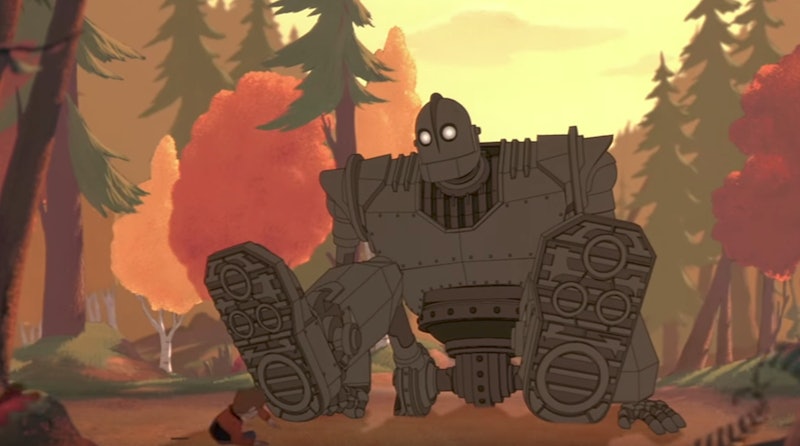 Nostalgia: it's an overwhelming feeling that can sometimes hit you out of nowhere. Often, when a particular wave of nostalgia washes over you, the only thing to do is immerse yourself in what you're most nostalgic for. If, like me, you ever find yourself jonesing to rewatch your favorite movies you loved as a kid, go to Netflix. It may seem weird, clicking on the "Children & Family" option from the drop-down menu to find some of the movies you loved to watch as a kid, but would you rather leave your nostalgic yearnings unfulfilled? No way, no how.

When you do browse on Netflix, namely in the "Children & Family" section, you might be surprised to see a ton of titles that you recognize for your childhood. Anastasia, The Parent Trap, Good Burger, and even Honey, Shrunk Ourselves all make the cut on Netflix. Even better, whether or not you're an older Millennial or younger Millennial, there's something on Netflix for you to scratch that nostalgia itch.

Seriously, how long has it been since you've seen some of the movies listed below? Probably too long, right? Well, have a browse and then go watch whichever film jumps out at you the most because regardless which you choose, these films are like mini-time machines that will transport you back to your younger days.

Anastasia turns 20 years old this year, so why not head over to Netflix to have an anniversary viewing?

Are you ready to Perkisize, you guys?

This movie remains are timely and touching as it was when we first saw it as children.

Before we had Lindsay Lohan in The Parent Trap, we had the amazing Hayley Mills as Annie and Hallie.

Welcome to Good Burger, home of the — oh, you get it.

Your fave Saturday morning cartoon gets the big screen treatment and it's a can't-miss.

Pee-Wee never goes out of style.

It's every child's fantasy come to life: find a blank check, fill in the number, and live like a king.

Can you figure out who's brainwashing people as a tropical resort before Scooby and the gang can?

This Biblical adventure had maybe one of the best soundtracks of any film made in the '90s.

Jim Carrey's version of The Grinch is just as unnerving and hilarious as it was back when we saw it as kids.

Honestly? There's little that bests The Road to El Dorado when it comes to exciting animated adventures from our youth, guys.

14. The Nightmare Before Christmas

Did you forget what happens to Jack Skellington when Christmas and Halloween collide? Pop on The Nightmare Before Christmas and refresh your memory.

Things go wildly and hilariously awry for one babysitter and her young charges in Adventures in Babysitting.

Of all '90s baby-related films (see also: Look Who's Talking) Baby's Day Out might the best of them.

Leslie Nielsen plays the hapless Mr. Magoo in this live-action remake of the '60s TV show.

18. The Land Before Time

Get your tissues out because The Land Before Time will take you right down memory lane to the first time you viewed it and probably shed a tear or two.

Mel Gibson lends his voice to the story of a group of chickens who are trying to fly the coop.

The Mowry sisters star as a grandmother and granddaughter who are suddenly the same age thanks to a science experiment gone awry.

21. Honey, We Shrunk Ourselves

It's the parents' turn to get shrunk down to size in Honey, We Shrunk Ourselves.

Who's ready to relive their childhood all over again?