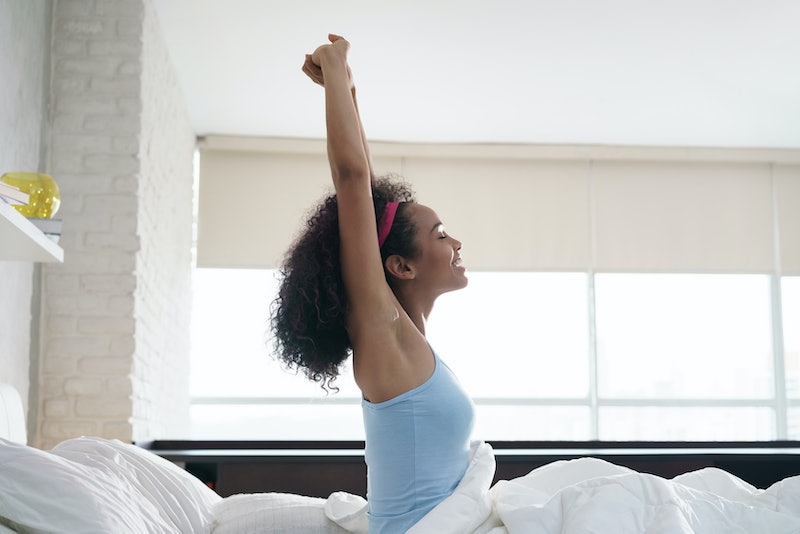 How long is the perfect nap? Does sleeping in on the weekend actually help you catch up on sleep? Why am I so slap-happy when I stay up late? If just talking about sleep makes you want to curl up and take a quick snooze, perhaps you should review these little known facts about sleep health. Then, you can go ahead and rest up.

Let’s start with the obvious: you need your sleep. Your body releases important hormones when you rest that help with everything from immune health to metabolism to your overall mood. Although it’s as natural as breathing and blinking, a lot of outside factors can contribute to your sleep health. Maybe sleeping next to someone is impacting your sleep. Perhaps stress and anxiety are affecting whether you’re getting a good night’s rest.

Having a consistent sleep routine can make sleep come easier and combat some of the things that are making it difficult to shut your eyes. Before you adjust your nighttime habits entirely, you should probably brush up on that thing you’ve literally been doing since you were born. So, find a cozy spot, put on your PJs, and settle in. Here are 21 things you should know about your sleep health.

1. You’re probably not getting enough sleep.

According to a 2016 report by CDC, one in three adults isn’t sleeping enough. Adults between the ages of 18 and 60 should be getting a solid seven hours each night.

As the Alaska Sleep Clinic states, “Sleep loss also changes the timing and release of appetite-controlling hormones.” Ghrelin, the hormone which tells your body you’re hungry, gets released in larger amounts when you’re sleep-deprived.

3. Lack of sleep is linked to other increased health risks like heart disease and high blood pressure.

Per the CDC, “Sleeping less than seven hours per day is associated with an increased risk of developing chronic conditions such as obesity, diabetes, high blood pressure, heart disease, stroke, and frequent mental distress.”

4. Insomnia isn’t just about how much sleep you get at night.

It has more to do with the inability to fall asleep and stay asleep.

If it takes you five minutes or less to fall asleep, you’re probably sleep-deprived. On average, people fall asleep in about seven minutes.

Sixty-seven percent of married people self-reported a healthy duration of sleep, according to the CDC. By comparison, 62 percent of adults who’ve never been married and 56 percent of adults who are divorced, widowed, or separated reported the same. (My condolences if you were hoping to blame your partner on your lack of sleep.)

Research attributes this gender imbalance to women being “more likely to multitask, making the brain work harder and needing more time to recover,” per Business Insider.

Eighteen percent of women suffer from poor sleep compared to 8 percent of men. Research shows this is even true in high school with female students getting less sleep than male students.

If you snore, your body will likely oscillate between the first two stages of sleep instead of ever reaching the REM cycle. This is the sleep stage where your body goes into repair mode, contributing to a healthy immune system and regulating the appetite-suppressing and appetite-inducing hormones.

10. “Social Jet Lag” is the name for your Monday morning sleepiness.

One recent study on the “social jet lag” phenomenon found, “sleep regularity, beyond sleep duration alone, plays a significant role in our health.”

11. That thing where you can’t get out of bed in the morning? It’s called “dysania.”

While not a medically recognized condition, dysania is used to describe extreme lethargy in the mornings. It may be linked to depression.

12. Being awake for too long makes you feel “drunk.”

One study found that when people went 17 to 19 hours without sleep, their performance decreased equivalent or worse to someone with a BAC of 0.05 percent. (As a reminder, 0.08 percent is the legal limit.)

However, not all researchers agree.

14. Music may help you sleep better at night.

15. If you fly a lot, you may have a harder time sleeping.

And not just because of jet lag. Research suggests high-altitude environments can negatively affect your sleep cycle.

16. Feeling unnerved after a nightmare is normal.

However, recurring nightmares have been linked to feelings of anxiety while awake as well as issues like insomnia that may affect overall sleep health.

17. Sleep deprivation could kill you quicker than food deprivation, according to some experts.

Obviously, neither are ideal. However, Tony Schwartz, in an article for the Harvard Business Review, posits how a week without food would have less negative side effects than a week without sleep. Schwartz also cites how sleep deprivation is a form of torture according to Amnesty International.

A 2019 study found that the condition where breathing temporarily stops during sleep may impact a person’s autobiographical memories making it more difficult to recall personal memories experiences.

19. Depression, prostate issues, and arthritis are just three of the health problems that could affect your sleep.

Inability to sleep is often not an isolated problem. Not only can it lead to other health problems, but it could also be a sign of existing conditions.

20. Stress-induced sleep loss may cause our brain cells to change.

A recent study conducted in mice found that REM sleep increased when mild daily stress increased. Additionally, the brain changed in structure as a response to stressful sleep, specifically in the hippocampus which helps process stress.

21. “Catching up” on sleep on the weekends doesn’t necessarily make up for your lack of sleep during the week.

While you may feel more well-rested after sleeping in on Saturday, some studies suggest the regular lack of sleep may have more lasting effects on your metabolism. So, it's best to get a solid seven-ish hours on a regular basis.

More like this
23 Super Sweet Things To Write In A Valentine's Day Card
By Karen Belz and Lexi Inks
15 Black-Owned Liquor & Wine Brands To Add To Your Bar Cart
By Alexis Morillo
4 Zodiac Signs That Will Take Forever To Admit They Like You
By Kristine Fellizar
Here’s What Health Means To People In 2023
By Isabella Biedenharn
Get Even More From Bustle — Sign Up For The Newsletter
From hair trends to relationship advice, our daily newsletter has everything you need to sound like a person who’s on TikTok, even if you aren’t.