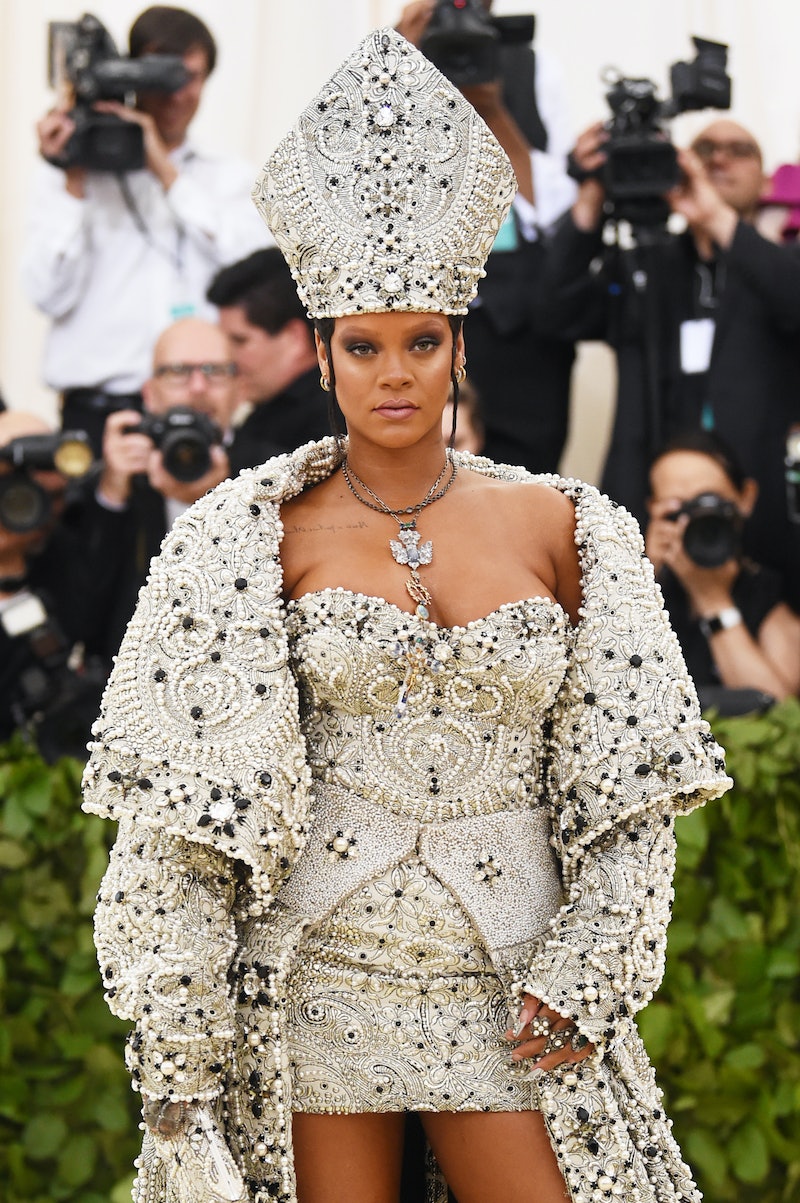 The 2018 Met Gala was a huge success — well, according to the pictures at least. Even if you were sitting at home in your sweatpants judging everyone's outfits as if you were a mix between Simon Cowell and Joan Rivers, you get to join in the fun in some way. That includes stalking all the behind-the-scenes Met Gala photos and videos that your favorite celebs were so kind to post on social media. From the pre-Gala makeup chair to the post-Gala parties, a lot of celebs gave fans a glimpse into what the whole event was like for them — and thank God for that.

Speaking of God, the 2018 Met Gala's theme brought out Hollywood's spiritual side since this year's theme was "Heavenly Bodies: Fashion and the Catholic Imagination." Even for the most atheist of celeb-watchers, it's hard not to look at the pictures of all of the glamorous outfits and not wonder if you've died and gone to heaven. As amazing as it looks from the outside, though, it apparently wasn't always easy getting one's outfit together for the event. As the BTS photos and videos reveal, the getting ready process was taxing for many, but once you see all of the pictures from inside the event, you can tell that it was so worth it.