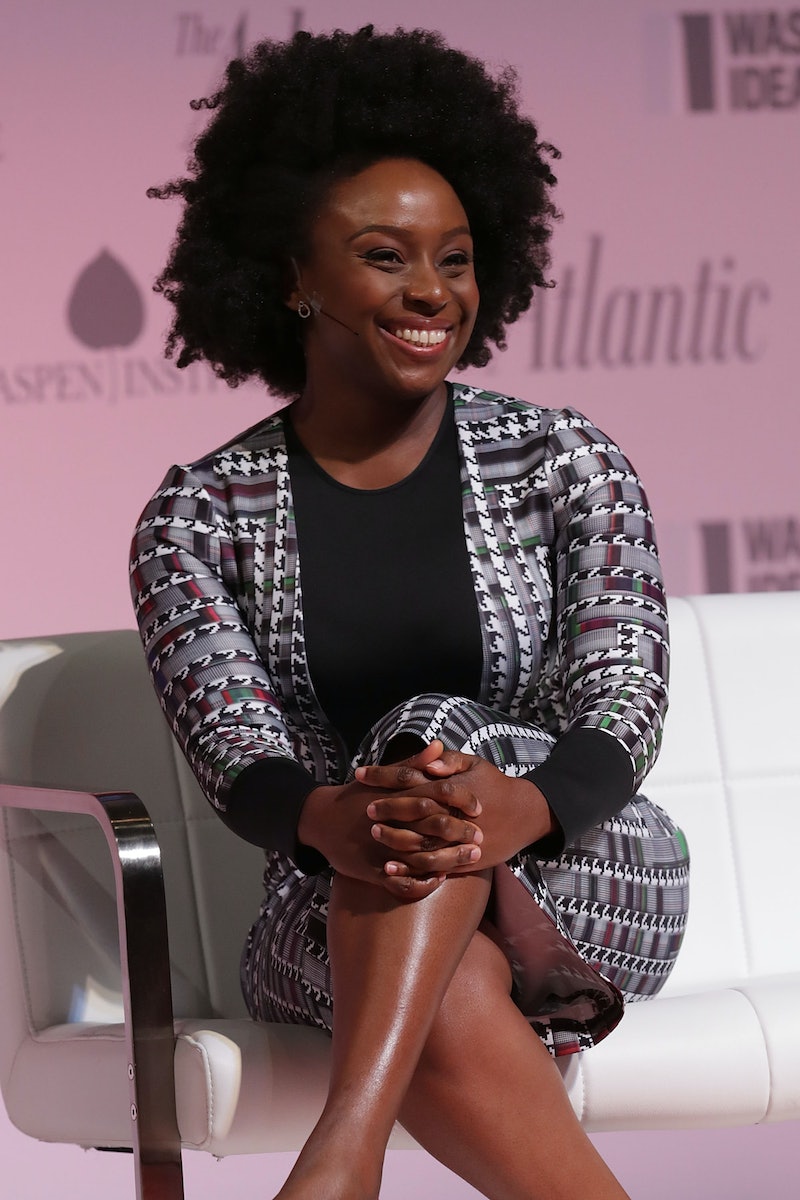 Chimamanda Ngozi Adichie, the author of bestselling books Americanah and We Should All Be Feminists, is back with a must-read guide to raising feminist daughters. Dear Ijeawele, Or a Feminist Manifesto in Fifteen Suggestions, out now, is a slim book, but it's packed with essential advice and inspiration for parents and non-parents alike. In an event sponsored by Strand Book Store on March 7, Chimamanda Ngozi Adichie introduced her new book and chatted about feminist motherhood, sexism in America, Hillary Clinton, and more. Don't worry if you missed the event — you can watch the entire conversation below and read 22 of Chimamanda Ngozi Adichie's best quotes on feminism from the night.

The "little book," as Adichie describes it, began as an email to a friend who was worried about raising a daughter in today's social climate. She asked Adichie for advice on raising a feminist daughter. The author responded with an email that eventually turned into a Facebook post that eventually turned into this book. A statement on womanhood, motherhood, and feminism today, Dear Ijeawele, Or a Feminist Manifesto in Fifteen Suggestions is an essential read for anyone who is concerned with gender politics in the 21st century.

Bustle filmed Chimamanda Ngozi Adichie's event in full, which you can watch below. If you don't have time to watch the whole thing, scroll down for 22 of her best quotes from the Dear Ijeawele book launch: