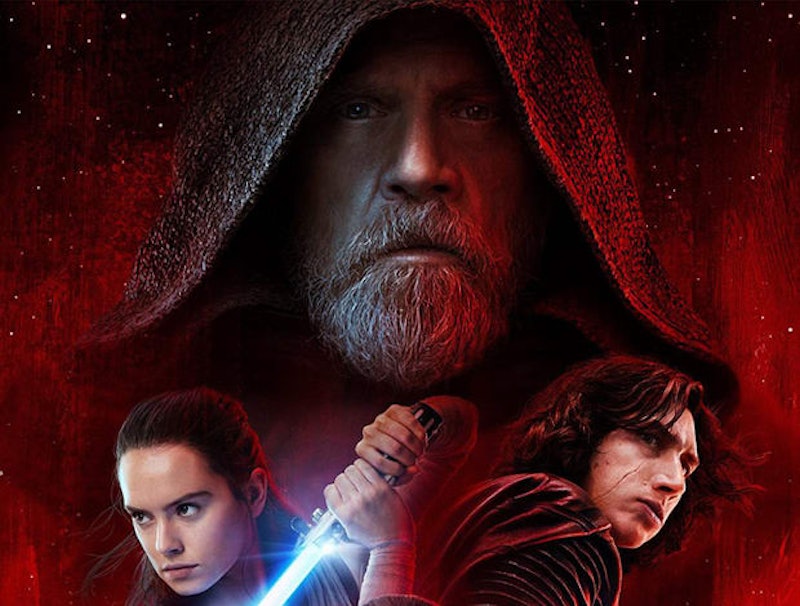 Spoilers ahead for The Last Jedi. After so many months of anticipation, it's finally here — Star Wars: The Last Jedi has arrived in theaters. For so many fans, it feels like it's been ages since we last got a new Star Wars movie, despite the fact that Rogue One came out just last year, and the release of Force Awakens was only one year before that. These movies seriously just can't arrive fast enough. Thankfully, Rian Johnson's newest installment of the franchise is here, and with that comes plenty of quotes from The Last Jedi that fans will most definitely be repeating for the next few weeks (or months, or years...).

These quotes range from serious, emotional lines revolving around themes like destiny and power to short, funny quips that lovingly make fun of characters or bring some much-needed humor into the galaxy. And all of them are worth memorizing and repeating, because let's be real — this is Star Wars, and practically every line said in the series is bound to bring chills down your spine.

So, without further ado, here are the 22 best quotes from Star Wars: The Last Jedi.

1. "When I found you, I saw raw, untamed power, and beyond that, something truly special."

This quote, heard in the trailer, is said by Snoke to Kylo Ren, and couldn't be more ominous.

2. "I've seen this raw strength only once before. It didn't scare me enough then. It does now."

When Luke says this to Rey about Kylo, it's truly goosebump-inducing.

3. "We are the spark, that will light the fire that'll burn the First Order down."

Another powerful, spooky quote by Snoke to Kylo Ren.

Luke says this, and it's chilling to hear.

Said by Rey to Luke.

A bit of humor from Poe, while messing with Hux on a phone call.

8. "You have too much of your father's heart in you, young Solo."

Snoke says this to Kylo about his late dad, Han.

Referring to Luke, of course, the seemingly last Jedi.

10. "Something inside me has always been there, but now it's awake."

Rey tells Luke that she won't end up turning dark like Kylo did, if he trains her.

Kylo has a funny line marveling over his connection with Rey.

Kylo wants to start all over with Rey and get rid of the old powers, but she's resistant.

Rey knows that Kylo isn't quite as evil as he might want everyone to think he is.

Would it really be a Star Wars movie without some version of this iconic quote? This one's said by Laura Dern's Holdo, to Leia.

Leia says this to Poe, after Holdo chooses to sacrifice herself for the greater good.

When Captain Phasma tries to take down Finn, he has the best, proudest response.

18. "That's how we're gonna win. Not fighting what we hate, saving what we love."

This aww-inducing line comes from Rose, and is said towards her love (!) Finn.

Leia makes this jokey quip to Luke when the duo finally reunite.

Luke says this to Leia, and it's a moving sentiment about all those who've left us.

21. "Strike me down in anger and I'll always be with you, just like your father."

Luke says this awesome line to Kylo when the two face off.

You said it, Luke.

These Last Jedi quotes are truly something special.