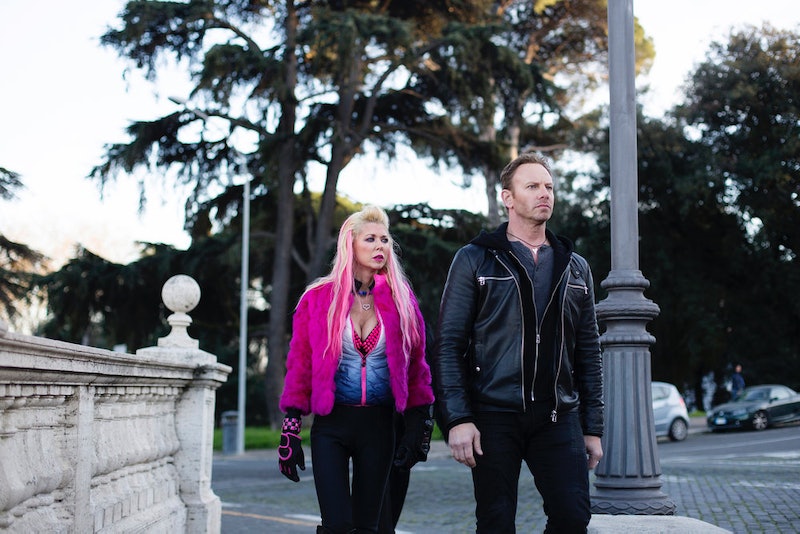 Fin Shepard and his family are back for another round of campy shark-filled storm chasing in Sharknado 5: Global Swarming, which premieres on SyFy on Aug. 6. Like the previous films in the series, there are so many celebrity cameos in Sharknado 5, from Fabio and Charo to Dan Fogler (Fantastic Beasts) and Ross Mullan (Game of Thrones' White Walker). This time, the shark tornadoes are taking on the world, attacking London, Cairo, New York City (again), and more.

Last year's installment, Sharknado 4: The 4th Awakens, left off with Nova emerging from a wrecked Eiffel Tower, which was evidence that the sharp-toothed storms had begun to spread across the globe. Naturally, that involves some influential world leaders, such as the Pope, the Queen of England, and the United Kingdom's prime minister — all of which are played by celebs in hilariously funny cameos. Much like previous Sharknado movies, seeing all the celeb cameos are part of the fun and you should always keep your eyes peeled to spot them while watching the film.

Not sure if you spotted them all? The following list is all the prominent celeb cameos in Sharknado 5 that you definitely need to know about for any subsequent viewings.