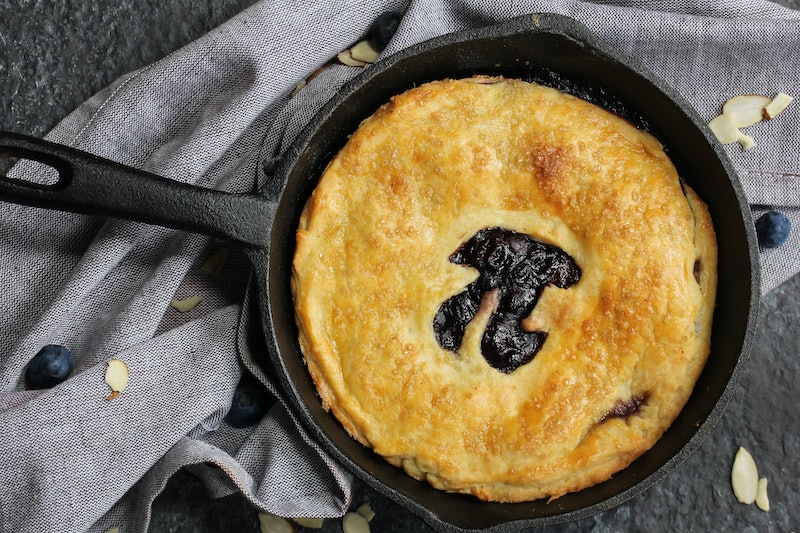 Now is as good a time as any to celebrate something fun and frivolous. Yes, I am talking about Pi Day, a pseudo-holiday in honor of the irrational number pi. What better way to honor such an occasion than with a bunch of Pi Day 2020 deals and freebies. Discounts involve percentages! Zero is a number! Wow, you’re doing math already!

If you’re asking yourself, “what even is pi?”, welcome. I come bearing gifts of easy-to-understand explanations of mathematics. Pi— represented by the fraction 22/7 or the rounded decimal 3.14 or the symbol Π if you’re nasty—is a mathematical constant. You likely know pi from geometry class as its most well-known definition is “the ratio of a circle's circumference to its diameter.” Pi is also known best as an “infinite decimal,” meaning the digits after the decimal point go on forever. While mathematicians don’t know every digit of pi—it would be essentially impossible to do so as the digits go on forever—they have tried to calculate as many digits as possible. In 2019, Emma Haruko Iwao, a Google employee from Japan, set a new world record for calculating the digits of Pi. Previously, the record for was 22 trillion calculated digits of Pi. Iwao was able to calculate 31 trillion digits.

March 14 is Pi Day because of how the date is represented on American calendars: 3-14. If you wanna get really specific, the most pi part of Pi Day is March 14 at 1:59 and 26 seconds as the first eight digits of pie are 3.1415926. Now that you’ve worked up an appetite thinking about math, here are 24 Pi Day deals and freebies you can enjoy even if you can’t recite thousands of digits of an irrational number.

Given growing safety concerns around COVID-19, it might be wise to check with your local stores to make sure the deals mentioned are still valid.

&Pizza (March 14): At exactly 3:14 p.m., customers will have 3 minutes and 14 seconds to text #314 to 200-03 for a code to get any pizza for just $3.14. Once you get the promo code, you'll need to act fast and use it within one hour. Additionally, &pizza will be giving their Twitter and Instagram followers the chance to win $314 worth of pizza. You'll need to check out their social channel on March 14 for more details on how to enter.

Blaze Pizza (March 14): On Pi Day, all app users will receive the $3.14 pizza reward, which will be redeemable through the end of the year. Be sure to download the Blaze Pizza app by 11:59pm PT on Sunday, March 15 to automatically receive the new Pi Day reward.

DiGiorno (March 14): You can enter to win free DiGiornio pizza by following @DiGiorno on Twitter, and replying to their Pi Day tweet with what makes your favorite pizza including the hashtags #sweepstakes and #NationalPiDay. If you want to be one of the three winners who will receive 14 “VIP coupons,” you’ll need to enter via tweet between 9 a.m. and 9 p.m. EST.

DoorDash & MOD Pizza (March 14): You can get free MOD pizza on orders over $3.14 when you order through DoorDash. Just use the code MODPIDAY to redeem your free 11-inch pizza. You’ll need to act quickly as they’re only offering 5,000 free pizzas.

DoorDash (March 14): You can enter the chance to win $314 in DoorDash credit. You’ll need to keep an eye out for a tweet from @DoorDash on March 14 to enter.

Outer Aisle Gourmet (until March 21): Get 20% off your entire order on outeraislegourmet.com using the code PIDAY at checkout.

Pieology (March 14): Pieology is offering a BOGO deal for Pi Day: when you buy one pizza, you can get an Artisan Thin pizza for $3.14. Additionally, if you download the restaurant’s Pie Life Rewards app on Pi Day, you’ll be entered for the chance to win free Pieology pizza for a year, making every day Pi Day.

Postmates & California Pizza Kitchen (until March 15): When you spend at least $30 on a CPK order through Postmates, you’ll get $10 off. Just use the code CPKDAY.

Your Pie: You can get a 10-inch pizza for $3.14 when you download the Your Pie Rewards app.

Boston Market (March 14): When you buy a pot pie and beverage in-store, you’ll get a second rotisserie chicken pot pie for free. Make sure to use the Pi Day coupon from BostonMarket.com.

Cheddar’s Scratch Kitchen (March 14): The restaurant is offering BOGO Pi Day chicken pot pies in-store or to-go. When you buy one chicken pot pie at regular price, you’ll get a second one for free.

DoorDash & Cheesecake Factory (until March 25): Extending well beyond Pi Day, you can get a free slice of cheesecake with a Cheesecake Factory lunch order of $15 or more through DoorDash. Just use the promo code LUNCHSLICE and make sure to order on a weekday until 5 p.m.

Marie Callender’s (March 14): Present Marie Callendar’s Pi Day coupon to get a free slice of pie with the purchase of any full-price adult entree.

NOT PIE AT ALL

Alexa: If you want something math-specific, you can ask your Amazon AI devices “Alexa, start Pi Challenge” and see how many digits you can recite. The current Guinness World Record for most Pi places memorized 70,000. It took record-holder Rajveer Meena nearly 10 hours to complete the recitation so you better get started soon. For an extra challenge, learn Backwards Pi with Alexa.

Discount Glasses (March 13 - March 15): What do glasses have to do with Pi Day? Nothing really, but you can still get 31% off orders on DiscountGlasses.com when you use the code PIDAY31.

Play-Doh: Make your own (very inedible) pie using this Play-Doh Playful Pies Set, which is currently on sale for $7.29.

If you’re still looking for a way to celebrate Pi Day, you could always order your favorite frozen pizza while watching Life of Pi. Just please, Pi Day responsibly.

This article was originally published on March 12, 2020