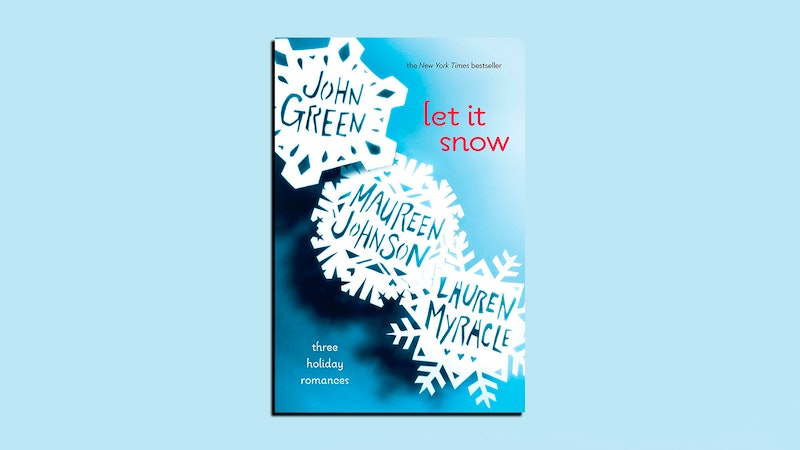 With November right at our doorsteps, it's officially time for the holiday season to begin. But before the flights, the family time, and the weekends spent indoors hiding under the covers commence, you're going to need something new to watch. (You can only watch Great British Baking Show so many times, after all.) Whether you're in the mood to fully embrace the holly jolly feels of the season, or you would rather keep spooky season going just a little bit longer, there are three very different book-to-film adaptations coming to Netflix in November 2019 that will fulfill all your marathon-watching needs.

First up is Let it Snow, which is premiering on the streaming service on Nov. 8. The film is based on the 2008 YA holiday novel of the same name by John Green, Lauren Myracle, and Maureen Johnson. Let It Snow: Three Holiday Romances juxtaposes the stories of multiple teens as they fall in love, explore their ever-changing friendships, and bask in the pure romanticism of a once-in-a-lifetime snowstorm. The film seems to shift the focus away from the historic blizzard and onto the sparkly, festive, and quaint small town at the center of the stories, but it looks like the sweet heart of the book remains intact.

If you're a horror fan who believes that spooky season doesn't end with Halloween, you'll be pleased to learn that Netflix will begin streaming Rosemary's Baby, adapted from the novel of the same name by Ira Levin, on Nov. 1. Leave up your Halloween decorations, and scare yourself silly by reading the novel, then comparing it with the beloved film.

The Happy Hand by Guillaume Laurant

On Nov. 29, I Lost My Body, which is based on Guillaume Laurant's novel, The Happy Hand, will premiere on the site. A 2019 Cannes winner, I Lost My Body has an undeniable touch of the macabre. It follows a severed hand which escapes from a Parisian laboratory in search of its owner, Naoufel. Its memories of Naoufel and his love for librarian Gabrielle may provide answers about what caused the hand's separation. But will the three be reunited?

If you're not in the mood for a sweet winter romance, a demonic account of a diabolical pregnancy, or an unusual tale of love lost and found, check out the full list of what's coming to Netflix in November.