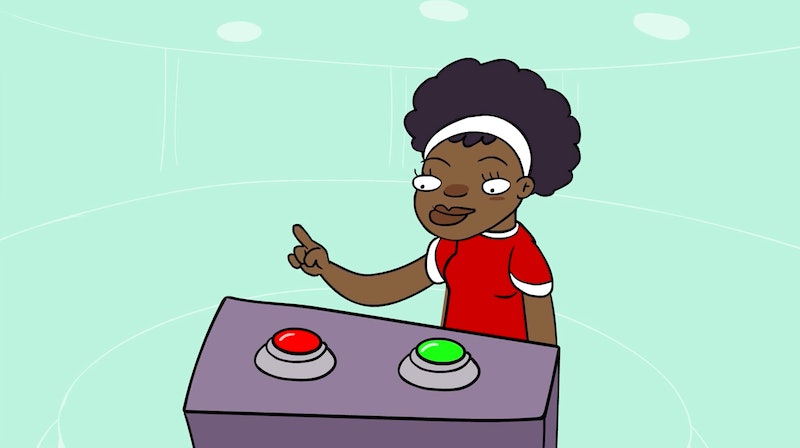 April 10, 2017 is National Youth HIV & AIDS Awareness Day, and to bust myths about one of the most stigmatized STIs, the folks at AMAZE.org have created a new animated sex ed video suitable for the under 21 set.

As a kid growing up in the 90s, it seemed like HIV and AIDS information was on everyone's lips. I saw it on MTV commercials, it was in TLC and Salt-N-Pepa songs, and it was on buses and condom wrappers. Fast forward 20 years, and despite the tireless work of AIDS activists, there has been a lull in media visibility. Maybe folks think AIDS isn't a problem in the U.S. anymore because rates have decreased and the advent of life saving drugs has made living with the virus far more manageable. While this is all true, HIV and AIDS still aren't NBD.

According to the CDC, condom use has decreased amongst teens, and more than 40 percent are not wrapping it up. Only 10 percent of sexually active U.S. high school students have ever been tested for HIV, and over 1 in 5 new HIV cases are in young people between the ages of 13 and 24. HIV and AIDS carry serious health risks that should not be taken lightly.

In honor of NYHAAD, here are three myths about HIV and AIDS that AMAZE seeks to dispel: