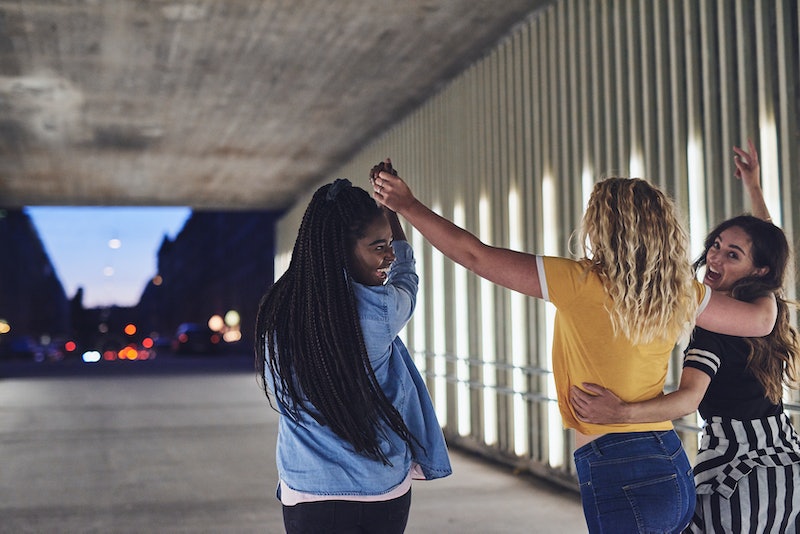 We humans have had quite the eventful summer this year. It's been a bustling season for lots of cosmic energy, what with two partial eclipses of the sun and one total lunar eclipse of the moon. Those always herald new energy in our lives and decision making.

Thus, if you thought Cancer season was a doozy, hang onto your hats on July 27. That's when the real party starts. We'll be getting a blood moon in the form of a total lunar eclipse, which entails big, angrier moods. And yes, the July 2018 blood moon will affect certain signs more than others.

We got a sneak peek of moons messing with us this month when the July 12 new moon hit with a partial solar eclipse. As it happened during Cancer season, we were hit with a lot of desire for stability and homely comforts. But if the Cancer new moon meant we were a lot more sensitive, this blood moon means we might feel a bit more combative.

The blood moon and total lunar eclipse at the end of the month will last one hour and 23 minutes. It is also mainly influenced by Mars in retrograde. The moon and Mars will be conjunct in the same sign of Aquarius as well — and these facts mean the universe is stirring up our inner warrior and penchant for passion, according to Astrology King.

"Moon conjunct Mars is the strongest influence on the lunar eclipse and will make you feel strong, sexy and brave," the site says. "Your quick instincts and fighting spirit can be used to defend your home and family. However, it will be difficult to control your strong emotions. If you start to feel irritable, impatient, bossy or mean, it is a signal that you need to back off and try to relax."

Particular signs will have a harder time maintaining emotional control during the blood moon — in particular, Aquarius, Capricorn, and Leo. Read on to see how you can make the most of this season.