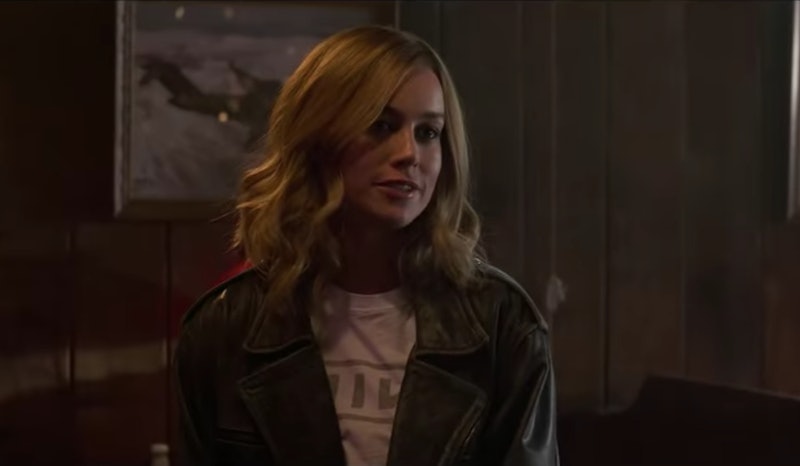 If you feel like music and pop culture was at its best in the last decade of the last millennium, then Captain Marvel may be your favorite Marvel movie yet. Though the movie kicks off far away from Earth, in the Kree capital of Hala, Carol Danvers (Brie Larson) eventually makes it back to our home planet, right smack in the middle of the '90s. It turns out that the Nine Inch Nails shirt Carol sports in the trailer was just the beginning of all the '90s references in Captain Marvel, which range from its riot grrl soundtrack to its dated (but back then, revolutionary) tech.

Young versions of Phil Coulson (Clark Gregg) and Nick Fury (Samuel L. Jackson) are far from the only throwbacks in Larson's character's first onscreen outing. Part of the fun of watching Carol make sense of humans and recover her memories is tracking all of the decade-specific dialogue, music, and Easter eggs that are packed in to almost every frame. We knew way back in Infinity War, when Fury reaches out to her on a souped-up pager, that Captain Marvel would lean hard into its setting, and it does not disappoint on that front. So keep reading to see if you caught all of these '90s references, and watch out for Captain Marvel spoilers below!