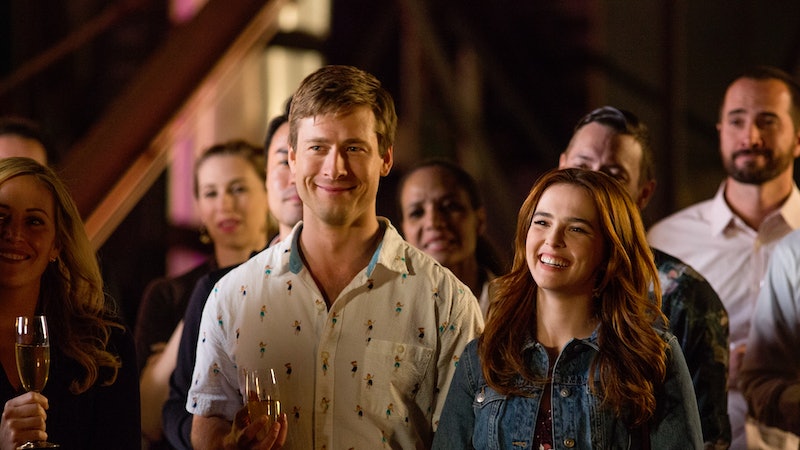 Romantic comedies can sometimes get a bad reputation. Known as a genre for wearing its sentimentality and (sometimes) cheesiness on its sleeve, when a romantic comedy fails, it can fail big time. Still, when a good one comes along, a classic rom-com can endure forever. But in the eyes of Rotten Tomatoes, a passing grade can be hard to come by. Here is a list of some of the highest-ranking romantic comedies on Rotten Tomatoes so you can skip straight to the best films the genre has to offer.

Warning: even the most beloved of romantic comedies are not immune to the Rotten Tomatoes ratings algorithm. Titles like Pretty Woman and How to Lose a Guy in 10 Days don't make the cut. And this is in no way an exhaustive list of every movie in the category to be regarded positively by the site. But it is an overview from black-and-white Best Picture winners to modern Netflix faves that will appease anyone with an appetite for a good love story.

This list will also act as a time capsule of romantic comedies over the years. How did the Audrey Hepburn and Gregory Peck romance of the '50s influence the Meg Ryan and Tom Hanks pairing in the '90s, which in turn helped inspire Bradley Cooper and Jennifer Lawrence's string of collabs? Take a look below and get ready to relive all of the random dance numbers, dramatic declarations of love, and cliche kisses in the rain that any rom-com enthusiast loves.

It doesn't get more classic rom-com than this. In this high-scoring film, we learn that men and women can never be friends and we'll always have what she's having.

Kumail Nanjiani and Emily V. Gordon's real-life relationship provided inspiration for this critically-acclaimed story about a blossoming romance interrupted by a coma. (It is funny, we promise.)

Based off of the hit U.K. novel, Renée Zellweger won moviegoers' hearts as the titular heroine looking for love — and even scored an Oscar nomination. The film's 2004 sequel didn't fare as well with RT.

Who knew that Julia Roberts (spoiler alert) *not* getting the guy would make for such a great rom-com?

Diane Keaton and Jack Nicholson fall in love in the Hamptons. Come for the Keanu Reeves love triangle, stay for the white turtlenecks and immaculate beach decor.

If you haven't heard, Netflix is resurrecting the romantic comedy in a major way. This movie about Glen Powell and Zoey Deutch's characters matchmaking for their bosses helped start the movement.

This was basically the precise moment the world fell in love with Cameron Diaz.

Almost anyone could predict that when the King and Queen of Rom-Coms, Hugh Grant and Roberts, got around to making one together that it would be magical.

One of the highest-grossing rom-coms ever, this movie proved that people were dying for more diversity in the genre. Also, Henry Golding.

One of the newest entries to the genre, Charlize Theron is running for president and Seth Rogen is her speech writer-turned-love interest.

This was Rogen's first foray into semi-romantic leading man territory.

It had the movie-going world at hello.

It turns out that critics didn't mind reliving this movie over and over.

Jennifer Lawrence won an Oscar for her role and audiences won a new classic onscreen pairing with J. Law and Bradley Cooper.

Meryl Streep and Albert Brooks are meant to be. Only one problem: they are both no longer living.

This movie is the perfect combination of sexy and adorable.

Long-haired John Corbett and Windex forever, am I right?

*Cue The Smiths* Why couldn't these two crazy kids work it out?!

Cher and Josh, and I can't emphasize this strongly enough, are not related.

While You've Got Mail just misses the cut at 68% (how dare they), this Meg Ryan-Tom Hanks team-up is just as dreamy.

This romantic comedy won Best Picture and remains one of the enduring classics of the genre starring Jack Lemmon and Shirley MacLaine. Dealing cards has never been so romantic.

People remember the John Cusack-holding-a-boombox moment. But there is a lot to love in Cameron Crowe's endearing directorial debut.

In one of the rare love stories that begins with a breakup, Jason Segel and Mila Kunis meet in a tropical paradise.

This underrated romantic comedy starring Ryan Reynolds is a love story/mystery hybrid that he tells to his daughter, played by a young Abigail Breslin.

John Hughes was known for making dreamy teen romances of the '80s (Jake Ryan, anyone?), but this Molly Ringwald-Andrew McCarthy-Jon Cryer love triangle stands the test of time.

Melanie Griffith and Harrison Ford's chemistry is off the charts in this Oscar-nominated movie.

Cher telling us to "Snap out of it," never gets old.

Sandra Bullock is one of the rom-com queens and this is her most successful movie in the category to date.

In one of James Gandolfini's final roles, sparks fly between him and Julia Louis-Dreyfus.

There's nothing like a lazy day spent curling up with some of your favorite romantic comedies. This collection is Rotten Tomatoes-approved and guaranteed to bring all of the feels.