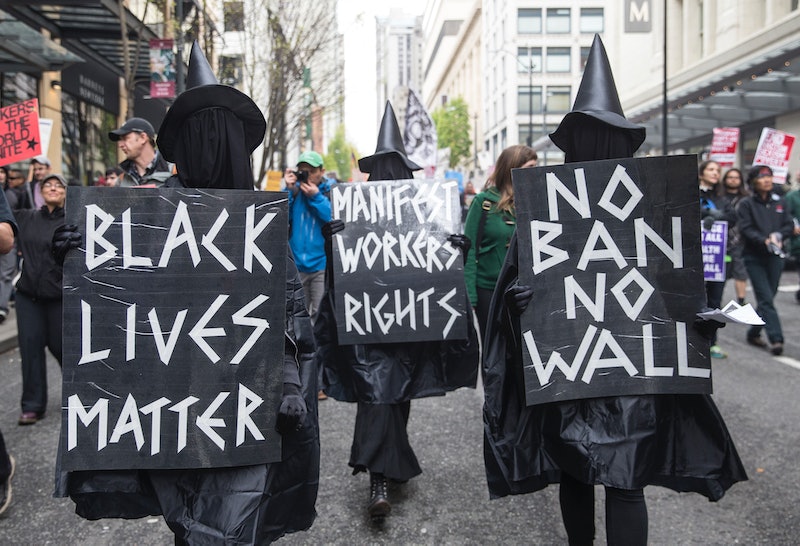 Recently, Donald Trump exasperated historians, political analysts, feminists, and IRL witches alike when he proclaimed to be the victim of witch hunt on Twitter. In response to mounting criticism — and the appointment of a special counsel to investigate Trump's ties to Russia — the 45th President of the United States tweeted: "This is the single greatest witch hunt of a politician in American history!”

As Trump's crocodile tears soaked into cyberspace, his message was clear: Trump is not, as we might believe, an infamous bully, but instead one of the bullied. Although this tweet was hardly the billionaire businessman's first hypocritical act while in office (see: speaking out against sexual assault, for starters) his flagrant ignorance about witch hunts stirs up an unsavory past too often left out of high school history text books. Trump's comment references very real political persecution that has cost many American people their livelihoods, and centuries of brutality that cost many more people their lives. In short: Trump has absolutely no idea what a "witch hunt" truly is.

Below are four facts sourced from the upcoming book Witches, Sluts, Feminists: Conjuring the Sex Positive about historical and contemporary witch hunts and the origins of the popular phrase: