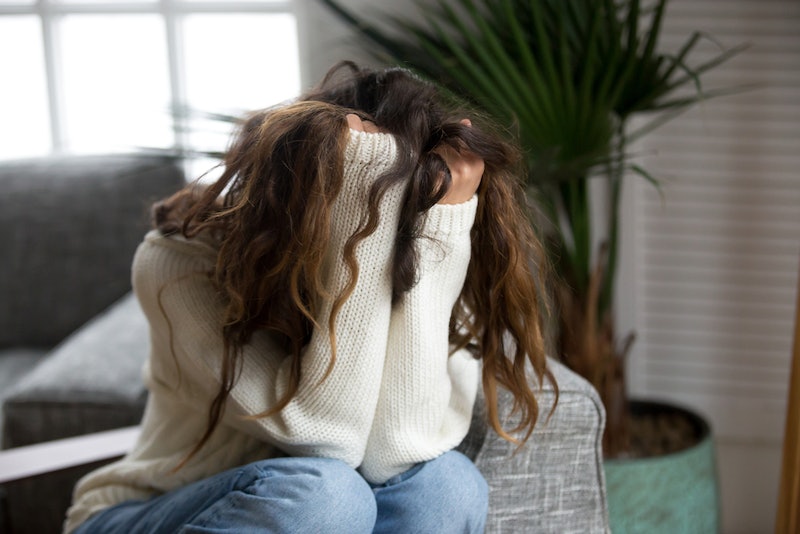 Hair loss happens to many people, including men and women, and a lot of the time, there's not a lot that can be done about it. Genetic clues that you'll be prone to hair loss are subject to a lot of myths that no one can seem to remember — is it your dad's dad who's hair pattern will somehow predict yours, or your mom's dad? While knowing one way or the other won't make a difference in the long run, there are a few gene variations and genetic disorders that can impact your chances of hair loss.

40 percent of women have visible hair loss by the time they turn 40, according to a study by the American Academy of Dermatology, but there are certain genetic factors that seem to make some women more prone to it than others. Female pattern baldness, as it’s called, is actually often distinct from male pattern baldness and appears to have several different genetic causes, so don’t read up on male balding and assume it will apply seamlessly to your situation.

Research know enough about hair loss to be pretty certain it’s not all genetic; everything from stress to diet can influence rates of hair loss in all genders. It’s worth noting that chemically treating and bleaching your hair likely won’t do anything to your follicles, where hair loss occurs; if your hair feels thinner when you’ve been dyeing it for years, it’s likely because of breakage and damage. But genetics do appear to play an interesting role in the tendency to lose hair, and you can get clues to your genetic inheritance easier than ever before these days, thanks to things like home DNA testing kits. If these clues turn up in genetic testing, it's worth seeing checking in with your dermatologist to see what they might mean for you.