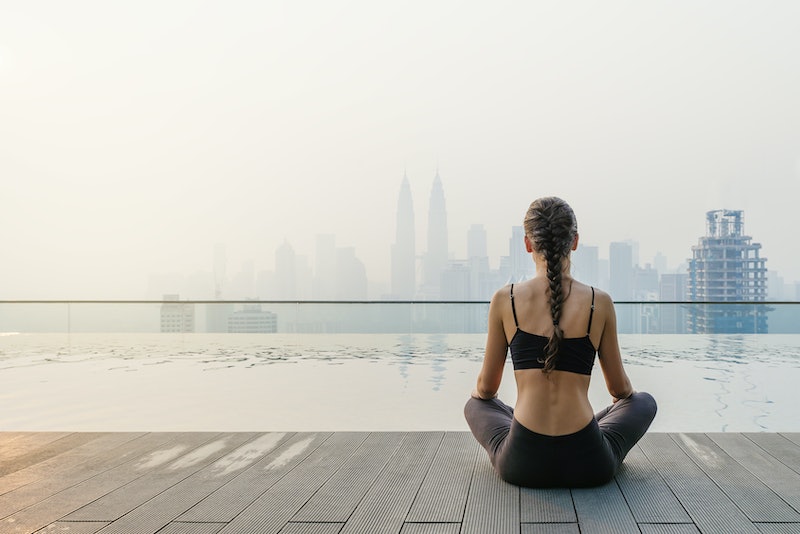 This week is full of new beginnings for both the seasons and the zodiac world: Thursday, June 21st marks the summer solstice (the first official day of summer), as well as the first day of Cancer season. Cancers are known for being homebodies — they like to be surrounded by the people they love, like friends and family, more than other people they don't know as well. They are passionate, emotional, and can be very creative. While Cancers will feel the affects of their birthday season the most, obviously, some other signs will also feel it more than others. Then there are the zodiac signs that Cancer season will affect the least, who won't really notice much of a difference at all.

Even the signs who are hardly altered by Cancer season might notice some different energy, though. According to AstroStyle, "Under the influence of a Cancer planetary transit, we feel sentimental and nostalgic. These are times for nurturing ourselves and our loved ones." Positive Cancer energy is sensitive, feminine, compassionate, and romantic. But it's not all good: negative Cancer energy can be gossipy, cliquey, isolated, passive-aggressive, hypersensitive, and overly competitive. Everyone might feel a little bit more emotional and intuitive than usual. In fact, Cancers can be so emotional that it can kind of take over everything else, so everyone should watch their moods!

Cancer season is definitely going to affect four signs more than others: Cancer, Libra, Capricorn, and Aries. These four signs are all known as cardinal signs, meaning they each kick off a season (Cancer is summer, Libra is autumn, Capricorn is winter, Aries is spring). They have some similar qualities, so it makes sense that they'll be affected by Cancer season.

Then there are the signs that won't really be affected much, or that will be affected the least out of all the zodiac signs. Bustle spoke to NYC-based astrologer Lisa Stardust, who filled us in on what these signs are: Gemini, Leo, Scorpio, and Pisces. Stardust specifically points out Gemini and Leo, saying, "As the neighbors of Cancer, these signs will sandwich the Crab between them." About Scorpio and Pisces, Stardust says, "As they are all in the watery element, they are all swimming in the ocean together, jumping tides, and having an easy month." Not a bad deal! Check out what else these four signs can expect: