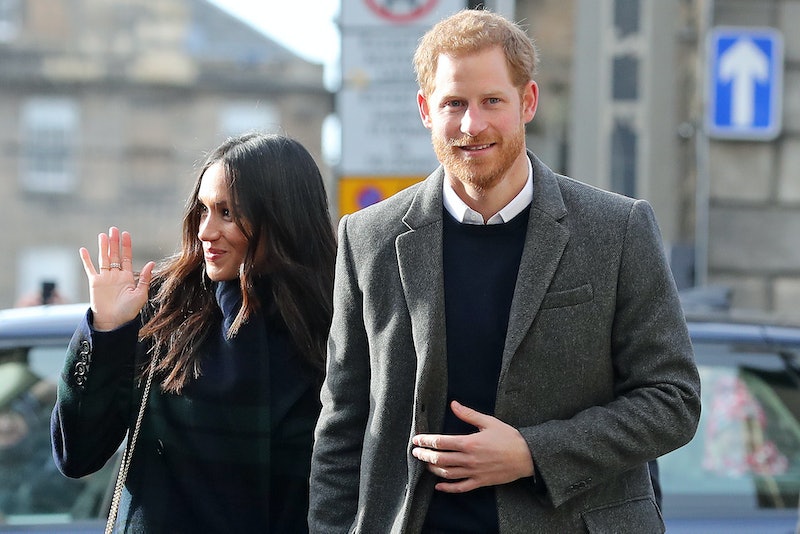 The royal wedding is practically here, and everyone is preparing for what possible surprises the day may have in store in the best way they know how — by scouring the internet. With Prince William and Kate Middleton, we all knew to expect a classic and, honestly, straight-up British wedding, but now that Markle is partly at the helm, folks may want to look out for some American traditions at the royal wedding.

As many, many others have pointed out, Markle herself is not "the norm" for a future duchess, considering she's not only American, but is an actor, is biracial, and has been married and divorced before. According to Elite Daily, the fact that Markle was raised Catholic is yet another characteristic that traditionally would have prevented her from becoming a royal by marriage. But the fact that Markle breaks tradition just by being who she is doesn't mean there won't be some distinctly American traditions to watch for in the royal wedding on May 19.

Markle's style has already been apparent in the details announced about the wedding, including the wedding flowers — white peonies and roses in honor of Princess Diana, along with foxgloves — and the lemon-and-elderflower cake, which according to The New Yorker is breaking away from centuries of royal wedding cake tradition. And on the day of the royal wedding, chances are we'll see some American influence on the ceremony. Here's a quick look at some potential royal wedding touches that may be close to home for Americans.

More like this
Kim Kardashian Is Releasing A Line Of Earbuds With Beats
By Alexis Morillo
9 Unmissable Moments To Relive From The Commonwealth Games
By El Hunt
The Best Time To Date After A Breakup, According To Experts
By Bustle Editors
12 Ways You're Sabotaging Your Love Life
By Teresa Newsome and Lexi Inks
Get Even More From Bustle — Sign Up For The Newsletter