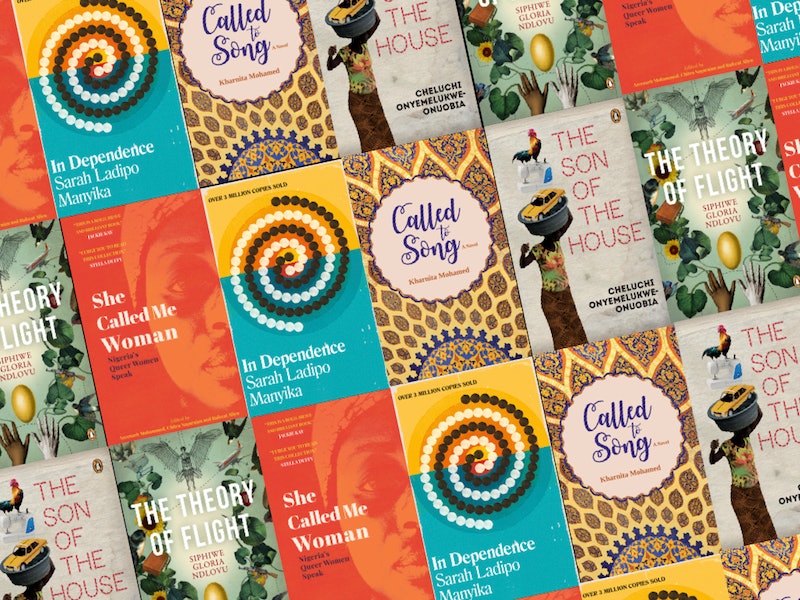 Get ready, readers, because there's a week-long reading event ready to kick off your December. Promoted by publishers and teachers, #ReadAfricaWeek highlights authors from that continent. Don't worry if you have no idea where to start, because I have five books from African publishers to read during #ReadAfricaWeek, and they're ready for you to pick up today!

Begun by Catalyst Press, which has offices in both the U.S. and South Africa, #ReadAfricaWeek is designed to promote African authors, presses, and their books. It's an important goal, in a world in which books in translation and books from authors of color are too often overlooked.

Don't believe me? Just take a look at the stats on African winners of global literary prizes. As Brittle Paper reported in August, only 25 African authors have ever been nominated for the Booker Prize — one of the world's most prestigious awards for English-language literature. Only five African countries — Algeria, Egypt, Madagascar, Nigeria, and South Africa — have given birth to Nobel laureates in literature, and the vast majority of those laureates are the white children of colonizers.

African literature is wholly necessary in order to understand the experiences of people in Egypt, Ethiopia, Ghana, Nigeria, and elsewhere. To fill in the gaps in your reading history, check out these five books from African publishers during #ReadAfricaWeek:

In Dependence by Sarah Ladipo Manyika

Republished to mark its 10th anniversary in 2019, Sarah Ladipo Manyika's In Dependence tracks a single story of love and heartbreak over four decades. While studying at Oxford in the 1960s, Nigerian Tayo Ajayi meets Vanessa Richardson, an Englishwoman whose father was once a colonial officer. Although life gets in the way of love for the new couple, they spend the next forty years chasing after their dreams of one another.

Called to Song by Kharnita Mohamed

Years after an unplanned pregnancy forced her to marry Rashid, Qabila has reached her breaking point. Unfortunately, Rashid refuses to grant her an easy divorce. As she moves through her local Muslim community, searching for answers to questions of faith and purpose, Qabila realizes that she has lost something of her self in her marriage, and begins a new quest to recover it.

Two women living disparate lives bond in the wake of a horrific crime in this novel from Nigerian author Cheluchi Onyemelukwe-Onuobia. After a series of misfortunes, Nwabulu has made a name for herself as a fashion designer. Julie, on the other hand, was born into a life of privilege, but she has become a disappointment to her family by not establishing a family of her own. Now, both women have been kidnapped by a Boko Haram-esque group, which has made ransom demands of their families, and neither has control over what will happen next.

The Theory of Flight by Siphiwe Gloria Ndlovu

An unnamed country in the southern part of Africa springs to life in this delicate work of magical realism. When Genie died, witnesses saw her fly away from the scene on silver wings. Before that, she hatched from a golden egg. And before that, her parents — a politically minded engineer and a Dolly Parton-like Nashville singer — met. And before that, her grandfather, who walked into the ocean. The Theory of Flight is unlike anything you've read before.

Containing 25 autobiographical stories from queer Nigerian women, She Called Me Woman is a must-read collection that navigates questions of gender and freedom. In a country where all forms of similar-gender partnerships have been outlawed, and where going to a gay club or joining a queer organization is punishable by jail time, this book is a courageous look into the lives of queer women in Nigeria.