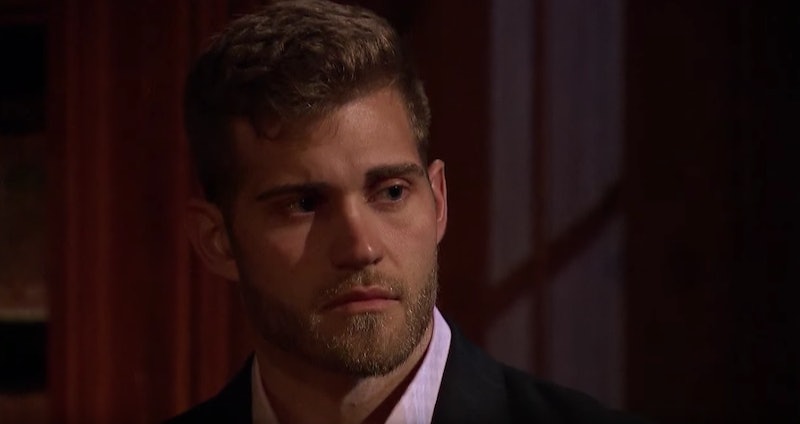 After eleventy billion seasons of The Bachelorette, it's pretty easy to tell who the frontrunner is. And unfortunately for, well, everyone who isn't Hannah B., this season, that frontrunner seems to be Luke P. Despite being perhaps one of the most hated contestants in the show's history, there are a number of clues that Luke P. wins Hannah's Bachelorette season.

First and foremost, Hannah clearly really likes him. He's been at the center of a lot of drama this season, and all of the other men can't stand him. Yet, she's still kept him around. They also had a particularly rough one-on-on date during last week's episode — as in, they basically fought the whole time. Hannah is clearly frustrated by his behavior and wants him him to own up to it, but he just kept telling her what he thought she wanted to hear, rather than having an open and honest conversation. You'd think that would be enough for him to get the boot, but while Hannah said outright she couldn't give him a rose, promos for the season suggest he manages to stick around anyway. If Hannah is willing to look beyond all of those red flags, she must really see something in him.

Besides, we've certainly seen disliked or unpopular contestants win before (see: Courtney Robertson, Bryan Abasolo). That means that Luke P. could be definitely win this thing. Here are all the other clues so far.

Considering the last three first impression rose recipients won their seasons of The Bachelorette, chances are pretty high that Luke ends up as the last man standing.

Colton Is Defending Him

Last season's Bachelor Colton Underwood (aka Hannah's ex) defended Luke P. to Entertainment Tonight, so maybe he knows something we don't. "I actually like Luke P.," Colton said. "Listen, if this was anything other than The Bachelorette and the formula and what it is, it would just be a guy who knows what he wants and he's committed to a girl that he can see himself lasting with. But since there's other options it's coming off as a little overbearing."

Hannah & Luke P. Are Totally Hot For Each Other

These two make out like no one is watching, even if there are actually a lot of cameras watching. If they're not yet in love, they're definitely in lust.

Luke has been acting like a total idiot for the past five episodes of The Bachelorette, and we're only five episodes in! He's aggressive, he's overly macho, and Hannah has had to tell him to chill out multiple times. But the fact that Hannah wants to keep trying to make it work with and get to know Luke P. could mean she ends up with him. There's no accounting for taste.

He Shares A Lot Of Values With Hannah

According to Chris Harrison, Luke P. is a devout Christian, and he and Hannah spent a lot of time connecting over their religion — most of which we won't see. "That was a big part of their relationship and there were a lot of those conversations you didn't get to see just because we don't have time on the show," Harrison told Entertainment Tonight. "They bonded over that and that's something she didn't have with a lot of other guys." Hmm... OK, Chris. Let's see what happens.

Love him or hate him, Luke P. has Hannah's attention, and it could mean he goes all the way to the final rose.