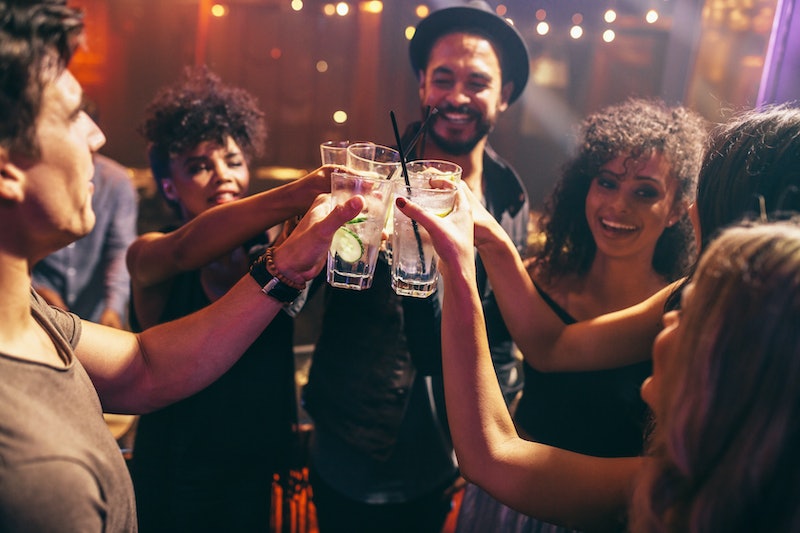 In our current drinking culture, it can be difficult to find the line between going out and having "crazy nights" and having a potential alcohol addiction, while still managing to stay responsible with work and life duties. But there are number of differences that can distinguish what is considered binge drinking from what is considered high-functioning alcoholism, as each has their own set of root issues, symptoms, and treatment plans. They can look similar from the outside, but knowing the difference can help you or someone else get the best type of health they need.

"On the surface, the behavior of alcoholics and binge drinkers appears very similar: excessive drinking and the inability to control their drinking," Kristin Wilson, MA, LPC, Vice President of clinical outreach at Newport Academy, tells Bustle. "Both types may appear to be the life of the party, even though the mechanisms underlying the drinking are different. Furthermore, binge drinking and alcoholism (even high-functioning alcoholism) have very similar short-term consequences, including greater risk of accidents, death, violence, and injury; and long-term consequences, including damage to relationships, serious health conditions, and a greater risk of legal problems."

Although they can look the same, these two conditions do have their own distinguishing features. Here are five differences between binge drinking and high-functioning alcoholism, according to experts.