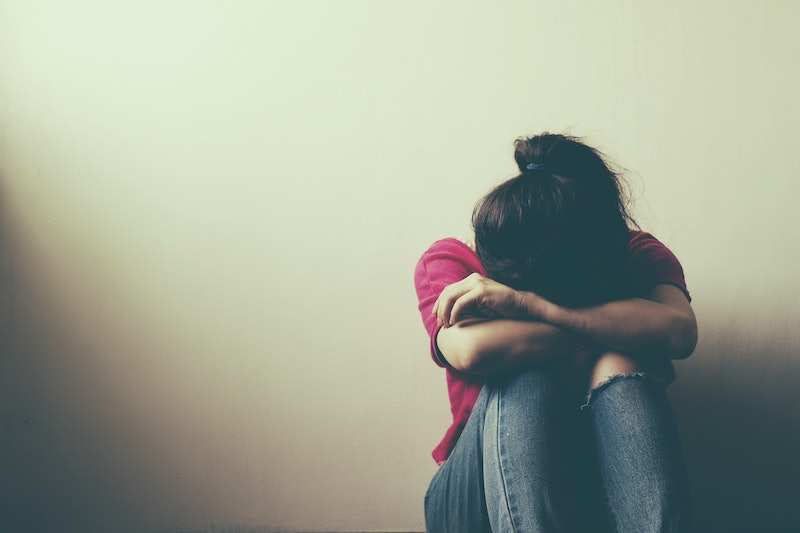 If you've managed to come to this point without having your heart broken, I'm not sure whether to give you a standing ovation or to decide that we're probably in a fight. Sadly, heartbreak is a part of life (at least, that's what my mom told me), and the best that any of us can do is choose an ice cream flavor to drown our tears in and trust in all the fairy tales that suggest there's a happy ending out there for all of us. The thing about heartbreak, though, is that it's not all in your heart — because there are some fascinating things heartbreak can do to your brain. And while learning about the science behind all of this isn't going to protect you from future post-breakup distress, it should help you feel a little less crazy and insecure when you're working through it yourself.

Heartbreak is a complicated business whether you're experiencing it or studying it, and I'm sure there is new information coming out all the time about what happens to our physiology when we're in the throes of sadness. Here are just a few things that happen to your brain after a split.

According to a study of functional MRI scans published on PubMed, "acute grief" — aka the feeling you experience when you get your heart stomped on — is associated with increased activity in several regions of the brain, and per Psychology Today, the same areas of the brain are activated when people feel emotional pain as are activated when they feel physical pain. The soreness and other twinges you experience after heartbreak aren't just "in your head"... they're in your brain.

As a result of the heightened brain activity, your body is prompted to release stress hormones, including cortisol and adrenalin, according to Science Alert. These hormones cause additional physical symptoms like nausea and difficulty breathing.

Different Parts Of The Brain Are At War With Each Other

According to a study conducted by a psychologist, neurologist, and anthropologist described in Greater Good Magazine, so many regions of the brain are stimulated after you've been heartbroken that it can be a challenge to know how you really want to handle the situation. The orbital front cortex is involved in controlling emotions and learning from past experiences, but when other parts of your brain are triggering you to go a little crazy, you can only imagine the inner warfare that ensues. This explains why you might feel so confused and why your behavior might be so unpredictable after a breakup!

Your Brain Looks Similar To A Newly-In-Love Brain

This is, well, upsetting, but a breakup plays a weird trick on you, because its effect on your brain isn't all that different from that of an exciting new romantic relationship. According to Science Alert, a recently-in-love brain closely mirrors the brain of an addict going through withdrawals (also upsetting) because of the activation of reward neurons and dopamine, a feel-good hormone. Dopamine leaves the brain wanting more, and since you obviously want more after a breakup, there are a lot of similarities between the mind in these two wildly opposite emotional (and relationship) states. Apparently, the brain is only truly stable in people who are in a relationship. Go figure!

Your Brain Is Most Affected When The Relationship Has Lasted Longer

Per Shape, brain scientists have confirmed that brain pathways grow stronger with time and repetition. Since "your brain develops pathways linked to living alongside your love," you'll likely experience more intense brain effects when you and your former S.O. had more time to build up those pathways.

If you're just coming off a breakup, grab yourself a pint (or quart) of that favorite ice cream flavor and rest in the knowledge that a lot of the weirdness you're feeling is totally out of your conscious control.