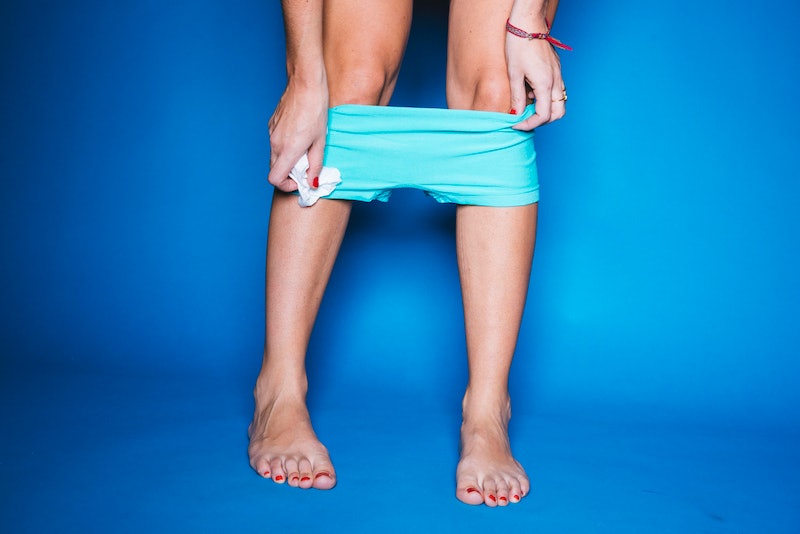 Going commando is something that may sound more silly than it does practical, but it turns out going sans underwear can actually do your body some good. Although it might feel strange to imagine going out and about without anything on underneath, there are a number of health benefits of not wearing underwear. While many people may go commando to avoid panty lines — or because it simply feels good for them — not wearing underwear can be a good idea for your vaginal health.

For the most part, going commando can help prevent frequent yeast infections. "Whenever it is excessively humid, or [the] temperature changes, or you're consuming unusual amounts of simple sugars and carbs such as alcoholic beverages etc., there is a greater risk of yeast infection formation," Dr. Falguni Patel, OB/GYN and RealSelf contributor, tells Bustle. "That is always a good idea to consider going commando."

Here are five "gross" things about going commando that can actually benefit your health, according to experts.