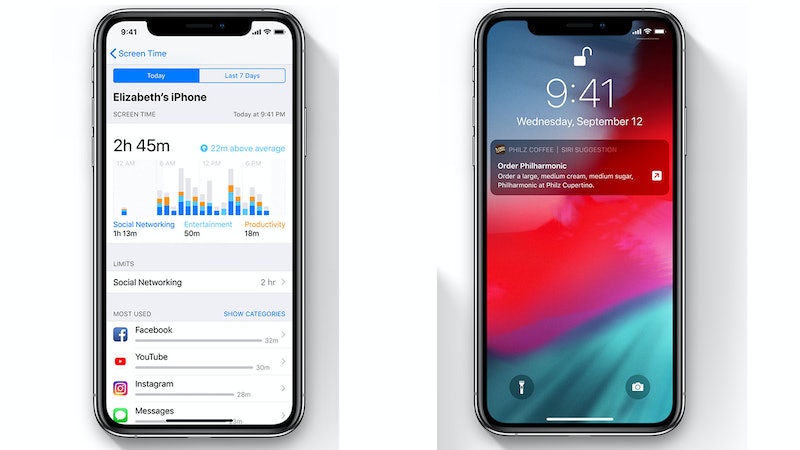 In addition to the announcement of upcoming iPhones and Apple Watches, Wednesday’s Apple Event gave us some insight into the new iOS 12 update — as well as potential new iOS 12 hacks — that will be available for download Sept. 17. Of course, anyone who has ever had to update their iPhone operating system knows that it can be a more daunting task than simply pressing a button and waiting a few minutes/half a day. If the official announcement of the latest iOS update has you in a mild panic, worrying about having to figure out a new system just as you’ve sorted out the old one, have no fear: there are a handful of new, helpful, and easy-to-use features to keep an eye out for.

iOS 12, Apple’s latest operating system for mobile devices, was announced in June at Apple’s Worldwide Developers Conference (WWDC). On Sept. 12, Apple confirmed a few of the new iOS features, like updated augmented reality (AR) capabilities and upcoming apps, and explained how this forthcoming system update will help make our Apple devices an even more integral part of our day-to-day lives. If you thought you were already incredibly phone-dependent, get ready for these brand new features.

In addition to new apps and capabilities, Apple says this update to iOS will be faster and “more responsive.” That is, of course, what they say about every update and just what we’ve come to expect as tech consumers. If a super fast phone doesn’t excite you, perhaps some of these new iOS 12 features will.