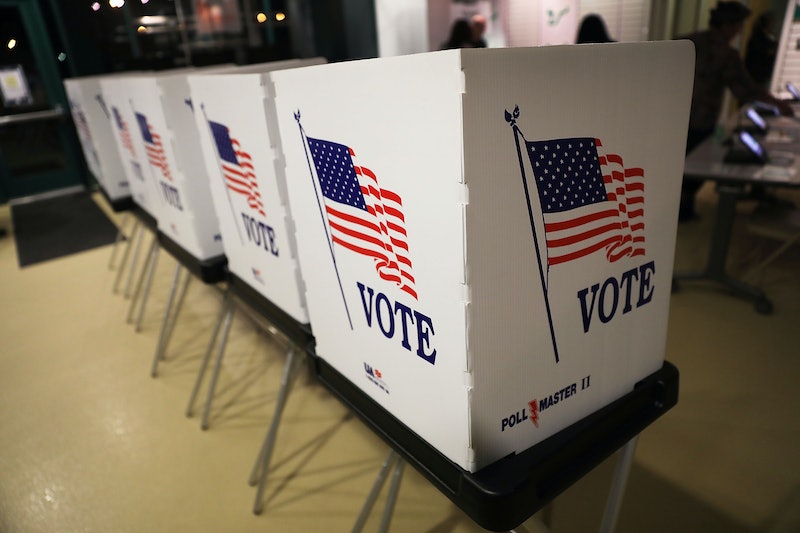 Mass shootings in El Paso, Texas and Dayton, Ohio have brought gun safety to the forefront of political conversations yet again. Despite the number of gun-related injuries and deaths in the United States continuing to rise over the last decade, Congress has not taken any legislative action to address the issue — and gun violence prevention advocates say voters have noticed. There are a number of 2020 Senate races where gun safety will be on the ballot, because advocates say it's an issue that Congress has been ignoring for too long.

Many gun safety activists thought that the 2012 shooting at Sandy Hook Elementary School in Newtown, Connecticut, where a gunman killed 20 children between the ages of 6 and 7 and six teachers, would be the turning point in the fight to reduce mass shootings and gun-related deaths. But the Assault Weapons Ban of 2013 and an amendment that would have required universal background checks for firearm sales failed to pass the Senate just two months after Sandy Hook, according to ABC News.

Nearly seven years later, some progress on gun safety has been made at the state level, but similar federal legislation still hasn't passed. On Aug. 8, just days after the shootings in El Paso and Dayton, Sen. Mitch McConnell (R-Ky.), who has been staunchly opposed to universal background checks for years, said that proposal would be "front-and-center" when the Senate returns from its five week break on Sept. 9, according to The Hill. He also said an assault weapons ban and a red flag law will likely be discussed, though the odds of any legislation passing are low, The Hill reported.

Advocates say universal background checks are now the "low-hanging fruit" of gun safety policy, because they alone won't stop the epidemic of gun violence. Po Murray, chairwoman of Newtown Action Alliance, tells Bustle that the group has been "going after a comprehensive set of gun policies that will reduce all forms of gun violence, including mass shootings, suicides, and daily gun violence and unintentional shootings."

As a result, advocates expect comprehensive platforms from 2020 Senate Democratic candidates who will have the ability to help pass meaningful gun safety reform. That includes a federal licensing or "permit-to-purchase" system, a federal firearm registration system, a ban on assault weapons, and safe storage laws, among other proposals.

Shannon Watts, founder of Moms Demand Action for Gun Sense in America, tells Bustle that many 2020 Senate candidates, including Arizona Democratic candidate Mark Kelly, have made gun safety a key part of their platforms. "What this really speaks to is the fact that more and more Americans are voting on this issue," she says.

Gun safety groups outspent the National Rifle Association in the 2018 midterms, electing more than 1,000 gun sense candidates, Watts says. "So all of those are important indicators as to where this country is headed," she says.

Here are five 2020 Senate races where gun safety will be a key issue.

Murray says Newtown Action Alliance will be closely watching the senate race in Colorado, where Republican Sen. Cory Gardner is running for reelection. Gardner "has not supported any of the gun violence prevention measures, despite the fact that there have been many mass shooting incidents in the state of Colorado, with Columbine, Aurora, and more recently the [STEM School] Highlands Ranch," Murray says. He has also received $3.8 million in contributions from the NRA.

After the El Paso shooting, Gardner tweeted, "Based on information from law enforcement, the shooter in El Paso was motivated by xenophobia and this is a case of domestic terrorism. There’s no place for bigoted white supremacy in our nation." Still, Gardner hasn't signaled any support for a universal background check law. He's said in the past that background checks have to "provide due process."

Gardner has allocated funds toward programs that increase safety measures in schools, but he hasn't supported legislation to regulate access to guns. After the shooting at Marjory Stoneman Douglas High School in Parkland, Florida, he characterized gun violence prevention as a mental health issue. President Trump and other Republican lawmakers have recently faced criticism for characterizing gun violence as a mental health problem, given that other countries have similar rates of mental illness but don't have rates of gun violence anywhere near that of the United States.

A host of Democrats have announced campaigns against Gardner. One of them, Mike Johnston, led a protest outside of Gardner's office on Aug. 5 to call for him to take action on gun violence.

Arizona's 2020 Senate race will also be one to watch, according to Andrew Patrick, media director for The Coalition to Stop Gun Violence. Mark Kelly, a former astronaut, will be running against Republican Sen. Martha McSally. Kelly is married to former Rep. Gabby Giffords, who was shot in an attempted assassination and survived. Kelly has called for universal background checks, stricter laws that keep domestic violence offenders from getting guns, and red flag laws, which allow people who are worried about someone's mental state to restrict that person's access to guns, Business Insider reported.

McSally has previously called universal background checks unconstitutional, though she recently said she is open to considering new gun safety legislation, according to the Associated Press. She also told reporters that she intends to introduce federal legislation to make domestic terrorism a federal crime (the El Paso shooting was reportedly motivated by racism, and the shooter could face hate crime charges.)

“So much more needs to be done as a society,” she told KJZZ's The Show. “We need more early intervention, more mental health capacity for those who need care, and for those who are potentially at risk for hurting others.”

Mental health professionals say mentally ill people are much more likely to be the victims of crime than perpetrators of it.

Democratic Sen. Mark Warner will face former GOP Rep. Scott Taylor in 2020. Warner announced his support in June for expanded background checks on all gun sales and for a ban on military-style assault weapons.

Taylor, who represented Virginia's 2nd Congressional District from 2017 to 2019, had previously received an A rating from the NRA and has opposed legislation that seeks to limit access to firearms. Most notably, he co-sponsored legislation that allows someone who has a valid concealed carry permit in one state and who isn't prohibited from carrying a firearm under federal law to carry a concealed firearm in another state.

Watts, of Moms Demand Action for Gun Sense, points out that Virginia as a whole will be pivotal because every seat in the state's General Assembly is up for election in 2020. While the state has a Democratic governor who can be expected to sign gun safety bills, Watts says none have been passed since Republicans hold the majority in the general assembly.

"So we are working very hard on the ground this year to make sure that we elect a gun sense majority," Watts says. "It's important because it's in the NRA's backyard, but also because Virginia has incredibly lax gun laws and they are the origin of many crime guns in the iron pipeline."

Gun safety advocates will also be closely watching Sen. Mitch McConnell's race against Democratic candidate Amy McGrath. "I think she will be an effective candidate, given that she's a veteran," Murray says.

McConnell has blocked a number of gun safety measures that have passed the House, most recently HR 8 and HR 1112, two bills that would expand background checks. Though McConnell has said the issue will be front and center in the coming weeks, Murray says, "We don't have confidence that they'll take action because they signaled interest after the Parkland tragedy, but nothing has happened since then."

McGrath has said she supports expanded background checks for all gun sales, and efforts to restrict "alterations on firearms to get around federal restrictions," like the use of bump stocks. She also supports tightening enforcement "when it comes to preventing the mentally ill from purchasing any weapons," and barring "purchases by people on no-fly or terror watch lists."

Next year, Democratic Sen. Doug Jones will be forced to defend the seat he won in a 2017 special election. Patrick of the Coalition to Stop Gun Violence says the race is an important one for gun safety, given that Jones' first speech on the Senate floor focused entirely on gun violence prevention. Jones said during his speech that he supports a ban on bump stocks, universal background checks that include internet sales, and a three-day waiting period between when someone goes to purchase a gun and when they can receive it, according to NPR.

So far, only Republican Rep. Bradley Byrne of Alabama's 1st Congressional District has announced a campaign against Jones. Byrne received $4,000 in donations from the NRA in 2014 and voted against HR 8, the bill to expand background checks.

All of the advocates Bustle spoke with say that toss-up Senate elections, generally, will be important in 2020, but they also note that there are local elections happening in 2019 that could determine the fate of gun safety legislation.