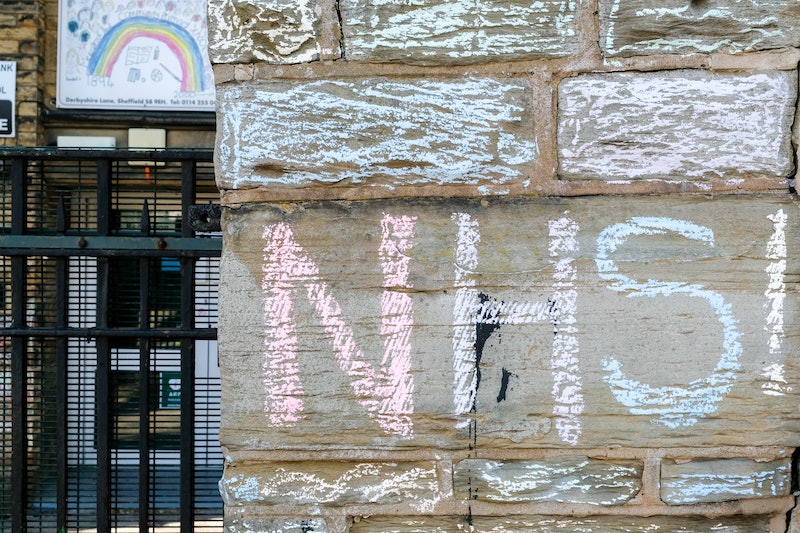 From 5k runs to a 99-year-old walking sponsored laps in his garden, it’s clear the general public want to help the NHS staff risking their lives to keep the UK alive and well during the COVID-19 outbreak. But is fundraising for the NHS the most beneficial way to help staff and where is the money donating being used?

Since the outbreak, one of the biggest concerns our country has been facing is overwhelming the NHS. If it can’t run efficiently and safely then more people could lose their lives to COVID-19 or to other health complications. Already according to The Guardian, there have been 57 NHS staff deaths and it’s mostly ethnic minorities who are dying, accounting for 68% of those deaths.

But what’s happening to the NHS is far more complex than donating to charity alone can fix.

The National Health Service is funded by taxpayers money, making it a free service. But a decade of underfunding due to austerity and a growing and ageing population amongst other issues means the NHS was already under immense stress before the pandemic even began.

While the NHS isn’t a charity, they do have charities affiliated with them – NHS Charities Together is an umbrella of charities linked to individual hospitals, and this is where donated money from Run For Heroes is going. The donations, however, cannot be used for core” clinical services, staff salary or for life-saving Personal Protective Equipment (PPE), instead, it’s used for well-being packages, gifts, and helping pay for things like parking.

Speaking to Bustle, Sexual and Reproductive Health Doctor and writer, Annabel Sowemimo acknowledges donating items does boost staff morale and “people raising money, making things and donating items are incredible,” but she also reiterates that the NHS is not a charity and “should be funded properly through taxation and its staff should be adequately remunerated for our time.” She added: “the lack of resources in this pandemic has occurred due to mismanagement and people need to be accountable.”

Since the pandemic hit, the UK has been slow to react. In The Sunday Times investigation addressing the failings of the government to act, they report there will be an inevitable investigation into “why so little was done to equip the National Health Service for the coming crisis” and “why it took so long to recognise an urgent need for a massive boost in supplies of personal protective equipment (PPE) for health workers; ventilators to treat acute respiratory symptoms; and tests to detect the infection.”

While the onus shouldn’t be on the public and individuals to support and properly fund the NHS outside of taxes, understandably many will want to show gratitude. So if you still do want to help those working and at risk, here are five meaningful ways to show support.