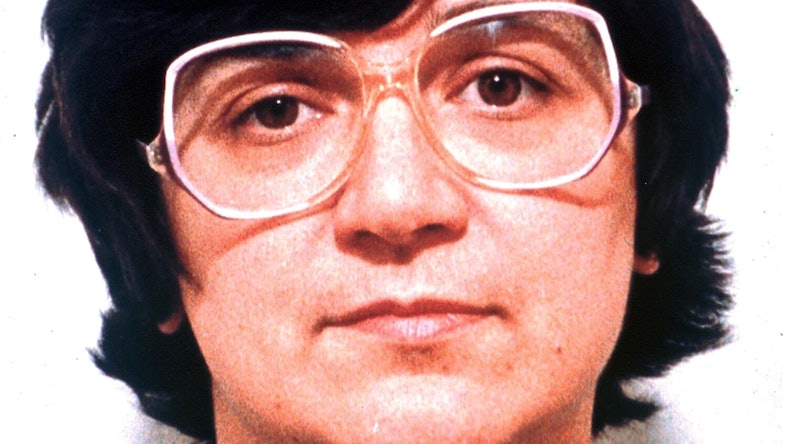 After the recent release of Conversations with a Killer: The Ted Bundy Tapes, it seems that intrigue surrounding all things serial killers (as morbid as it may sound) has gone into overdrive. Over the past few years, real-life murder documentaries such as Netflix's Making A Murderer have caught the attention of viewers around the world, but, more often than not, these stories focus on cases that took place in the U.S. So, if you're looking to learn more about true crime in the UK, there are plenty of thrilling documentaries about British serial killers to delve into.

Shocking real-life stories that shook the country, including the distressing case of Dr. Harold Shipman and the despicable crimes committed by husband and wife Fred and Rose West, still haunt the nation to this day. As these serial killer tales live on, a new generation no doubt find themselves brimming with intrigue — and I can't think of a better way to revisit these famous cases than an in-depth look at the murderers and their crimes, as told by the people who dealt with them first hand. Well, these British serial killer documentaries provide exactly that, and I've gone ahead and listed the very best docs out there. Enjoy.