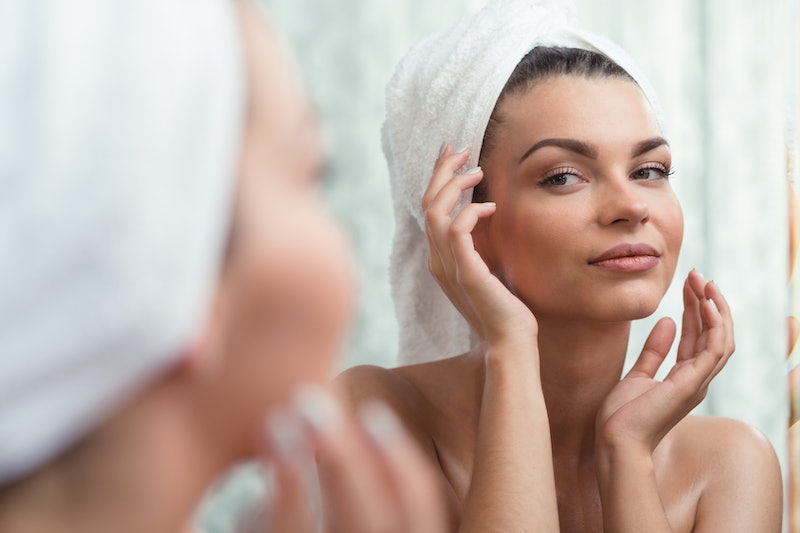 The word "narcissist" gets thrown around quite a bit, but the traits that make up a narcissistic personality are actually pretty misunderstood. While you might picture a narcissist as someone who is totally in love with themselves, that's not the whole story. While personality traits of narcissists include being conceited and self absorbed, Preston Ni wrote on Psychology Today that psychologist Stephen Johnson defines a narcissist as "someone who has 'buried [their] true self-expression in response to early injuries and replaced it with a highly developed, compensatory false self.'"

Psychology Today also noted narcissism is actually a spectrum, like autism. "At one end of the self-loving spectrum is the charismatic leader with an excess of charm, whose only vice may be his or her inflated amour-propre. At the far end of the spectrum reside individuals with narcissistic personality disorder, whose grandiosity soars to such heights that they are manipulative and easily angered."

What's more is that pathological narcissists only make up one percent of the population, which means that a lot of people who are labeled as narcissistic are likely those who have toxic personalities, other undesirable qualities, or an abundance of narcissistic qualities but don't warrant a diagnosis of narcissistic personality disorder (which can only be diagnosed by a mental health professional.

"The disorder can be diagnosed only by a mental health professional and is suspected when a person's narcissistic traits impair his or her daily functioning," developmental psychologist Eddie Brummelman said in an article by Rebecca Webber on Psychology Today. "The dysfunction might be related to identity or self-direction or cause friction in relationships due to problems with empathy and intimacy. It might also arise from pathological antagonism characterized by grandiosity and attention-seeking."

Additionally, there are many different types of narcissists, and here are six traits to be aware of if you suspect you're involved with a narcissist.