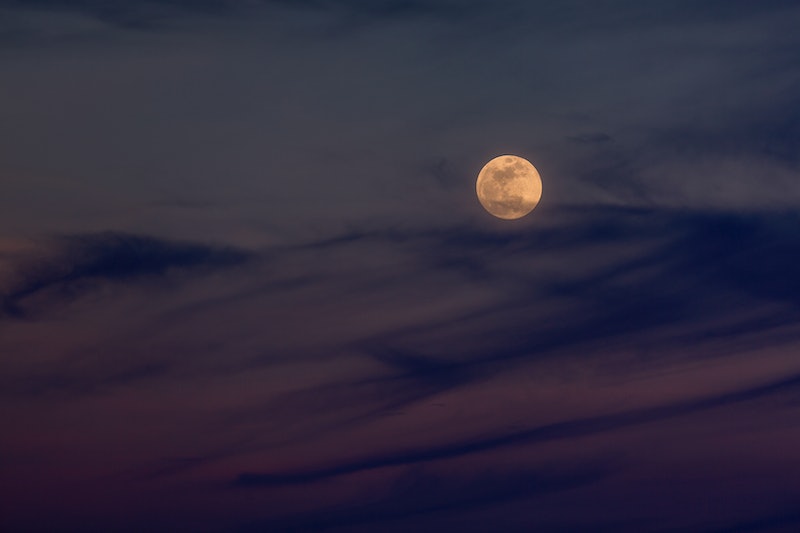 If this summer is off to a rocky start for you, I have some potentially good news: You might be able to just blame the planets for it. Over the course of this summer, a total of six planets be in retrograde — five of them at the same time — meaning that the warmer months of 2018 are going to have more twists and turns than a rollercoaster ride.

Of course, not all retrogrades signify disaster. Just because a planet is in retrograde in any zodiac sign — even your sign! — does not mean your life is about to take a retrograde spin, too. Just remember that how one experiences a retrograde largely depends on how you choose to see the event. Part of successfully weathering a difficult time is being prepared for it. So keep in mind that just simply knowing about a retrograde is half the effort of conquering it. And sometimes, a retrograde is a great opportunity to take a step back and fix things that aren't working.

Retrogrades aren't synonymous with disaster, despite what people like to say. In an interview with Bustle, astrologist Lisa Stardust explains how the six retrogrades are going to affect all signs, and what we can expect from each one.

According to Stardust, these retrogrades should serve as great opportunities to slow down, cross your T's and dot your I's, and take a look back and see what's been left unresolved in your path. Here's what effects Stardust predicts for each retrograde this summer:

According to Stardust, this retrograde falls in Leo, which means that all signs are going to be a bit less reactionary when it comes to communication. Stardust tells Bustle, "we don’t always have to brag, overextend ourselves, or use dramatic words. Most importantly, we have to be honest." Meaning, Mercury's retrograde is a great time to stop and think about how honest we've been with our words. It's a time for us to mediate on our behavior and make sure that we're living up to our promises.

Stardust says that Mars' retrograde is a good time to chill out. She says, "it's a time to simmer hot emotions down, but can also make things that were once red hot and sizzling, simmer down," so we can use that change in intensity to center ourselves and regroup. If things were hot and sizzling all the time, we'd burn up.

Jupiter's retrograde falls in Scorpio, which means we're going to have to really look at our actions and evaluate our motives. Are we being honest and ethical? Have we become a bit too ruthless in our aspirations? Stardust says, "Scorpio is the 'claws of justice' and Jupiter is planet of honesty. As we have seen in the news, people who have been acting unscrupulous in matters of money and sex have had the Scorpio claw come after them. The planetary retrograde allows people to reassess and rethink allowing us to understand who is honest and who is not."

Saturn's retrograde falls in Capricorn, which means it's going to give us all a kick in the pants to take charge, get work done, and step it up. Stardust says we might also feel more inclined to step it up in personal relationships by making bigger commitments, too.

Uranus' retrograde falls in Taurus and will give us an opportunity to see things a bit more clearly as they pertain to finances and relationships. Stardust says, "it will allow us to understand mistakes made with money and love — making us all aware where to improve in these areas, to keep up with modern love and investments."

Neptune's retrograde falls under Pisces, so it will be a really creative time. Stardust says, "as long as we do not let our fears hold us back, it will be an imaginative period in our lives." She suggests we all lean into our artistic sides and create.