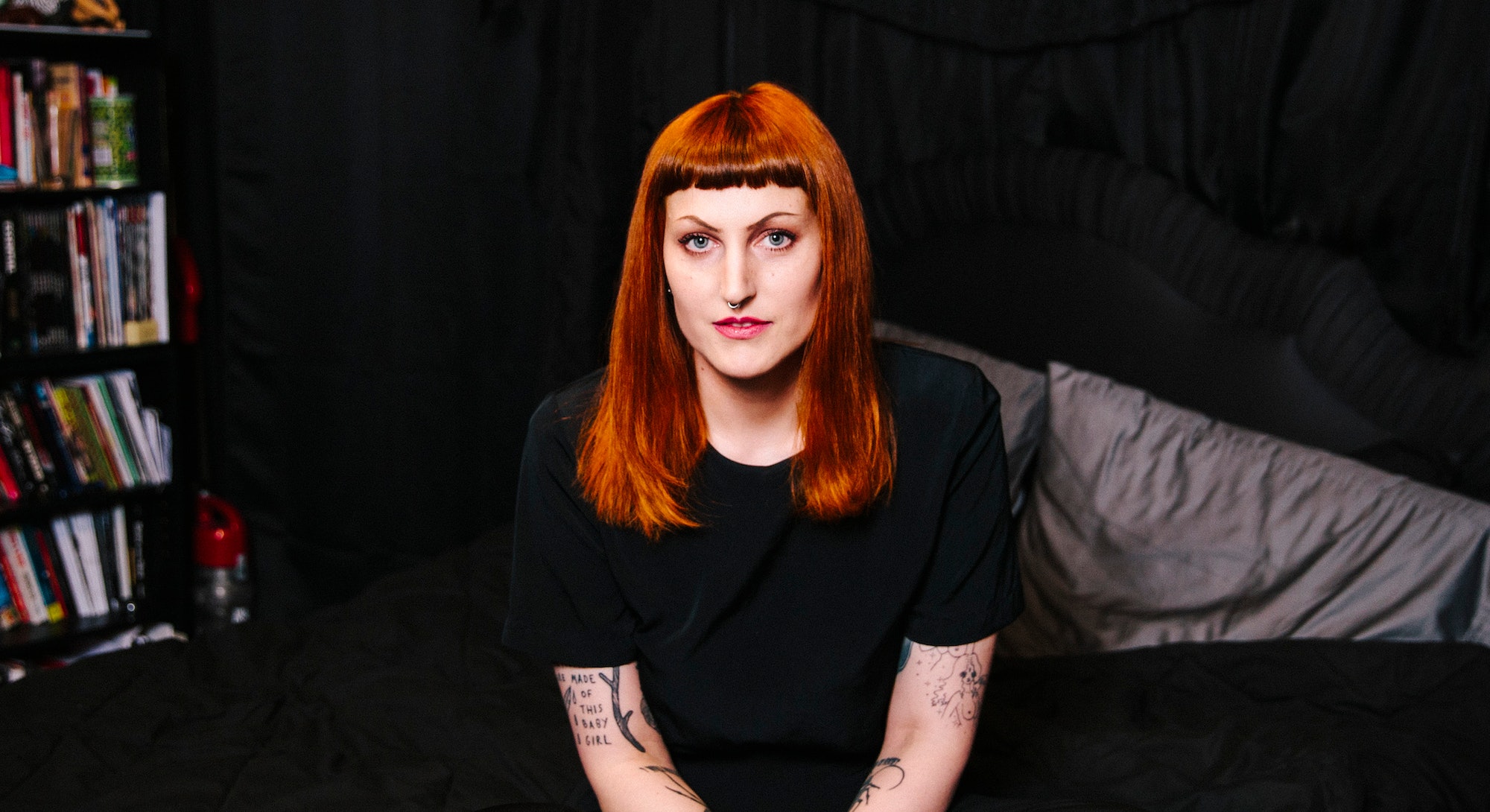 Let's just clear this up right away: Satanists don't worship Satan — in fact, they don't worship anything. Though horror movies have done a great job convincing most people that Satanists perform spooky occult rituals in black robes, in reality, Satanism is an atheist belief system, which engages with Satan not as a genuine demonic being or evil presence, but as an icon of rebellion. According to the Satanic Temple's website, they "embrace blasphemy as a legitimate expression of personal independence from counter-productive traditional norms." As Seraphina, 34, a member of New York City's Satanic Temple chapter tells Bustle, "Satan is a symbol of intellectual freedom and rebellion against tyranny."

Members of the Satanic Temple also don't cast spells or try to promote evil in any capacity; rather, the group believes "undue suffering is bad, and that which reduces suffering is good" — which is why they've become such a major activist presence in the short time since the Temple was founded in 2012. In the past half-decade, the Temple has protested hate group the Westboro Baptist Church, school prayer, displays of religious iconography on public grounds and bakeries that refuse to prepare wedding cakes for gay couples. In Oklahoma, they fought back against a Ten Commandments monument in front of the capital by arguing that the area should also carry a large statue of Baphomet, a goat-headed creature — and they won.

Bustle sat down with six members of New York City's Satanic Temple to learn what attracted them to the group, and why Satanism is feminist AF.

Emma Story, 36: The idea of a non-theistic religion is really attractive to a lot of people.

"A lot of people think The Satanic Temple (TST) is not a sincere religion, that all we're trying to do is get attention or irritate members of other religions," Story tells Bustle, "when in fact, we do have a set of affirmative and sincerely held religious beliefs — the seven tenets." The tenets — which cover everything from asserting each individuals' bodily autonomy to acting with compassion to admitting when you've made a mistake and taking steps to rectify it — are principles that guide the group, and part of what drew Story to their meetings.

Story investigated other forms of Satanism as a teenager but didn't find them appealing; however, in 2014, news stories about the Satanic Temple led her to begin researching the group. "I read up on TST and really liked what it was about and felt like the tenets reflected my values very well," says Story, "so I joined the national organization as soon as I could."

For many members of TST, beliefs aren't the only appealing thing about Satanism — there's also the way it connects them to a community. "I think the idea of a non-theistic religion is really attractive to a lot of people, particularly people who want to spend time with a community based around shared practices and values but who maybe don't hold the kind of supernatural beliefs that would be necessary for deep involvement in more traditional religions," Story notes. "A religion doesn't have to assert the existence of anything supernatural to be a religion."

Megan Murdock, 32: As an active member of the Satanic Temple, it is your duty to educate yourself.

"You don't have to wear black or listen to metal to be a Satanist," says Murdock, who found out about the Satanic Temple from an article in Bitch Magazine, and was attracted to the group's unapologetic prochoice stance. "There are many groups that support reproductive freedom," she notes, "but the Satanic Temple is one of the few that will boldly state that forced motherhood is wrong."

For Murdock, being involved in the Satanic Temple is a way to be active in U.S. politics "in provocative and intelligent ways while also having a little fun." She believes that all members of the Resistance can learn something from the tenet of the Satanic Temple which stresses that science should inform our beliefs (rather than the other way around): "I love that this tenet basically tells you that as an active member of the Satanic Temple, it is your duty to educate yourself to the best of your ability, and not necessarily on things you want to know about," says Murdock. "If a resistance is to mean anything, people need to strive for factual integrity."

Roach Blattodea, 27: Satanism encourages you to be the best version of yourself.

Blattodea, who says they were "raised in a proper Christian home" and "was taught to take abuse and keep my head down by the church," was already feeling distant from their faith when they happened to stumble on the philosophy and tenets of Satanism while browsing online. "Satanism taught me to take an active role in my future...and empowered me to say 'no' and put myself first, rather than relying on the redemption of another and how 'good' and subservient I was in other's eyes," Blattodea tells Bustle. "Satanism empowered me to freely be the best version of myself by holding me accountable... most of all it taught me to love and embrace myself."

Why are so many millennial women attracted to Satanism? Because, as Blattodea notes, "Satanism encourages you to be the best version of yourself, never settling for less and always improving. It teaches you that you deserve everything the world has to offer — love, respect, happiness, confidence, consent — and you should never feel guilt or shame for getting these things. It empowers you to cut ties with abusers and situations you find unpleasant, and to not put up with bullshit."

After repeatedly being impressed by news stories about the Temple's social activism, Morrissey found herself at a bar where a Satanic Temple benefit for Religious Reproductive Rights Campaign was also occurring — and the rest is Satanic history. "When I describe Satanism to people," Morrissey tells Bustle, "I usually refer to Satanists as atheist social justice warriors. Women's rights (especially abortion and health care) and LGBT rights are some of our biggest focuses."

Fighting oppression is so important to Satanists because, Morrissey says, "the idea of Satan as a rebellious figure is pretty central to our ideology. Standing against the status quo to affect positive social change is kind of our whole thing."

Seraphina, 34: There is no religion that is more in favor of gender equality.

Seraphina connected with the Temple after learning about their activism for reproductive rights and separation of church and state, and then encountering their tenets. "There is no religion that is more in favor of gender equality and liberty than TST," Seraphina tells Bustle.

Lilith LaVoisin, 33: Satan has ALWAYS been the resistance!

"I had been raised Roman Catholic and attended Catholic school for most of my childhood," LaVoisin tells Bustle, "so rejecting dogmatic Christian culture was an integral part of my personal evolution. But more than just simple defiance, Satanism revealed itself to be a philosophy that focused on knowledge and forging one's own path, instead of the restrictions and imposed guilt that I had been taught."

So has Satan joined the Resistance? "Satan has ALWAYS been the resistance!" LaVoisin corrects. "Whether it's against government, religion, or societal dogma, Satan has served as the archetype for enlightenment in the face of adversity, since the dawn of the modern Christian age. Those who reject arbitrary authority and conventional wisdom are already a member of the Devil's Party."

These Women Believe Crystals Are The Reason They’re Still Sober