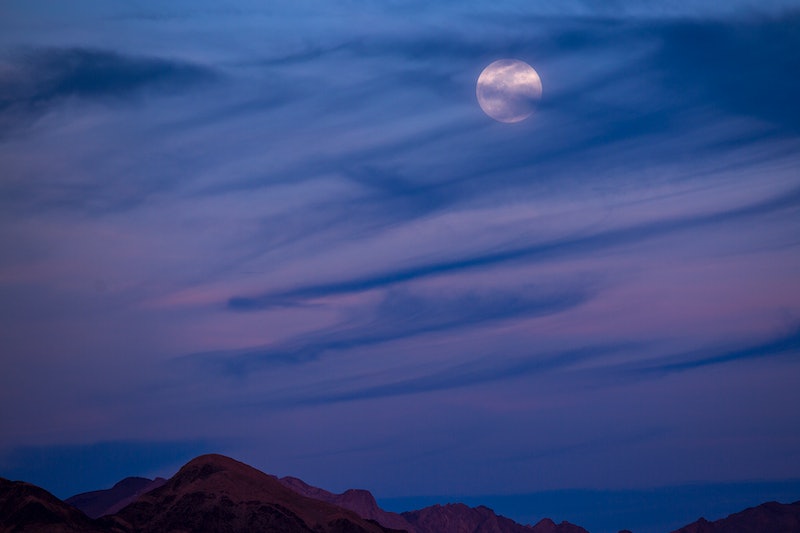 Planets are constantly moving and rotating, and sometimes, it seems like one of them might actually be moving backwards. Of course, this is just an optical illusion: planets don't spin backwards. It's just that sometimes they spin so quickly that, from where we are on planet Earth, it actually seems like they're moving backwards. This is referred to as a retrograde cycle, and every single planet goes through it. The most common retrograde cycle is Mercury's, which happens quite often and seems to disrupt everything around us. The other retrograde cycles can affect us as well, it's just that we don't hear about them as much. Neptune retrograde is beginning on Monday, June 18, and it's definitely going to come with some side effects. There are some signs that Neptune retrograde will affect the most, but everyone is probably going to feel a little something.

While Neptune retrograde does impact us, it isn't a very strong impact. Neptune moves through the zodiac very slowly, spending about 14 years in each sign. The retrograde cycle for this planet typically lasts between five and six months — this one won't end until November. Because of this slow pace, the effects of the transit won't be felt quite as strongly or swiftly as, say, Mercury retrograde.

While Neptune is in Pisces, we might all feel more absent-minded and dreamy. We might find ourselves daydreaming more than usual, feeling more creative and imaginative, and kind of living in our own heads. However, as we get deeper into the retrograde cycle, we'll find that the way we think changes. Neptune retrograde forces us to accept some hard truths, to look inside ourselves and see things we previously didn't want to confront. We might begin self-evaluating in a way that leads to a big wake-up call moment. Neptune retrograde could also lead to the push we need to change things for the better for our future.

Like any retrograde, though, Neptune retrograde will affect some signs more strongly than others. Which ones can expect to feel the biggest impacts? We spoke to NYC-based astrologer Lisa Stardust, who said, "Neptune RX will affect the mutable signs (Gemini, Virgo, Sagittarius, Pisces) and the water signs (Cancer, Scorpio, Pisces) the most. Neptune is currently in the watery mutable sign Pieces, the dreamer and most creative sign of the zodiac." She added, "Retrograde can point to a time of artistic innovation, romance, and glamour for all the signs below:"