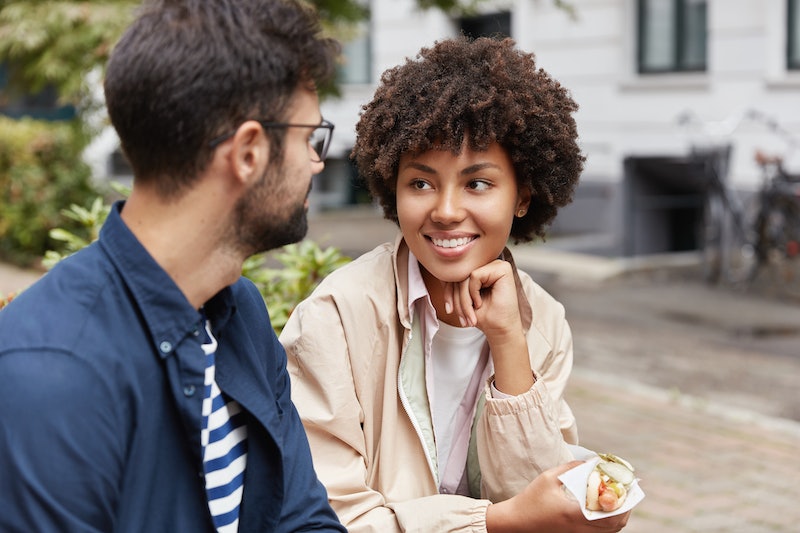 Knowing how to win an argument is a skill that not everyone can master. But there are zodiac signs that know how to do it. According to astrologers, if you happen to find yourself in an argument with an Air sign, prepare to lose. Among the zodiac, Air signs know how to win arguments every single time.

"Air signs are the cleverest," Francesca Oddie, astrologer and author of Astrology IRL, tells Bustle. "They're quick-witted and able to flip an argument around."

Unlike Fire signs who are driven by passion or Water signs that are all about their emotions, Air signs are very logical. They're known for their intellect and communication skills. They like analyzing people and ideas. They also know how to keep it cool under pressure, so it's easy to see why they win arguments regularly.

There are some signs that tend to be more argumentative than others. But that doesn't necessarily mean that they know how to win arguments. For instance, Tauruses are known for being stubborn and fixed in their ways. Getting a Taurus to see that they're wrong when they're so adamant about being right can just be frustrating. According to Oddie, Tauruses don't really win arguments. Instead, whoever they're arguing with may get fed up and comes to the realization that there's no point in wasting their breath. Other signs like Sagittarius and Cancer hate being wrong, but won't really fight you until you see they're right.