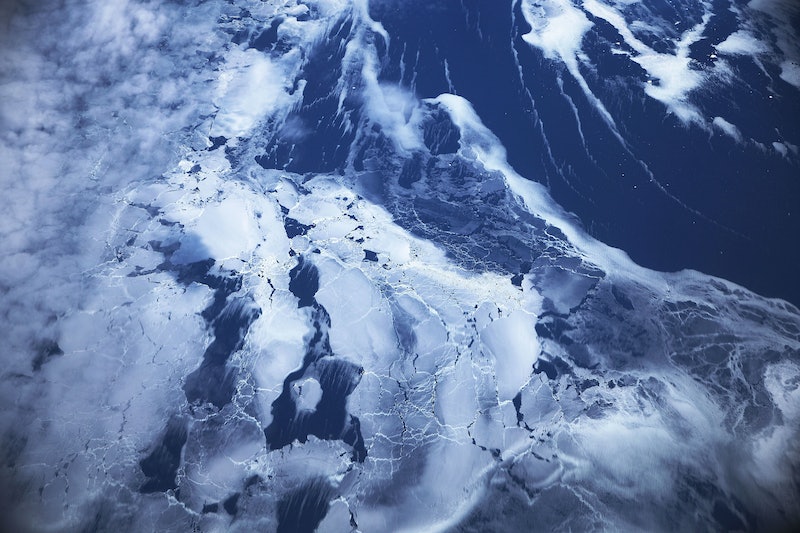 NASA outlined a grim picture of just how much the world warmed last year in new data released on Wednesday. Though terrifying, the analysis also served as a useful reminder that global warming is an urgent problem. Even as President Donald Trump and daily news stories dominate headlines, it's important to stay informed about the statistics of climate change.

As you read up on the facts, remember that there's still a lot the United States can do to mitigate the effects of climate change. One wide-ranging package of solutions is Rep. Alexandria Ocasio-Cortez's Green New Deal, which the freshman congresswoman officially revealed on Thursday. The deal proposes restructuring the U.S. economy to reduce greenhouse gas emissions to net-zero and bring the United States to 100 percent clean and renewable energy. It would invest heavily in overhauling transit, education, and health care across the country.

"Climate change and our environmental challenges are one of the biggest existential threats to our way of life, not just as a nation but as a world," Ocasio-Cortez said at a press conference on Thursday, per NBC News. "In order for us to combat that threat, we must be as ambitious and innovative in our solution as possible."

Here are a few reasons why the United States needs bold new solutions to fight climate change before it's too late.

2018 Was The Fourth-Hottest Year On Record

NASA's Wednesday report showed that 2018 was the fourth-hottest year since 1880, when the agency first started taking the measurements. The past five years together have been warmer than any others on record. The hottest spike so far was in 2016 and occurred because the phenomenon El Niño amplified the heating trend, according to The New York Times. Earth experienced a milder version of El Niño at the end of 2018, but most of the year was marked by the converse effect, La Niña.

The New York Times reports that 2018 was the fourth-most expensive year on record for U.S. weather disasters. The costliest year was 2017 (which was marked by the devastating Hurricane Maria), which came in at $306 billion. Last year, the United States was forced to spend a still-remarkable $91 billion.

Antarctica Is Melting At An Alarming Rate

A January study from the Proceedings of the National Academy of Sciences studied Antarctica's ice from 1979 to the present and found that it's been melting the whole time at an increasingly rapid rate. In the past two decades, the speed of melting has increased by 280 percent, according to the analysis.

The World Health Organization believes that around 250,000 annual deaths between 2030 and 2050 could be caused by health issues relating to climate change. Specific causes could include child malnutrition, malaria, and heat exposure, according to the WHO's 2014 report.

Even as many nations work to combat climate change, global greenhouse gas emissions continue to increase. In December, the Global Carbon Project released a report estimating that the emission level worldwide would increase 2.7 percent in 2018. The analysis noted that the increase would ultimately be between 1.8 percent and 3.7 percent after final measurements.

A Temperature Increase Of Just 2 Degrees Would Be Catastrophic

The Paris Accord aims to limit the global temperature increase to 1.5 degrees Celsius. Last year the Intergovernmental Panel on Climate Change put out a report indicating that particularly devastating problems could arise if the temperature gets to 2 degrees Celsius, potentially including mass extinctions, enormous human displacement, and much higher rates of droughts, heat waves, and hurricanes. The New York Times reports that the Earth is already more than 1 degree Celsius hotter than its pre-industrial levels and that countries are not yet on track to reach the Paris Accord goal of staying at or below a 1.5 degree increase.

In October, the World Wildlife Fund published a study indicating that the average populations of vertebrate species — mammals, amphibians, fish, reptiles, and birds — decreased by 60 percent between 1970 and 2014. Human activities impacting both the climate and animals' habitats were a major cause.

If these statistics are alarming, turn that energy into action: There's plenty you can do to reduce your carbon footprint and otherwise fight climate change. If you support proposals like the Green New Deal, be sure to let your representatives know.