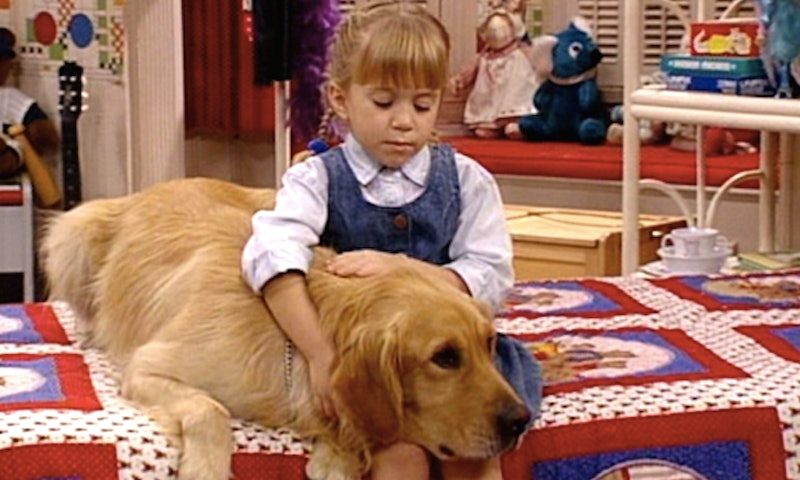 Full House was, as its title implied, a sitcom with a very large cast. With Danny, D.J., Stephanie, and Michelle Tanner; Jesse, Becky, Alex, and Nicky Katsopolis; and Joey Gladstone all living under one roof, the show featured a very full house indeed. And yet, not one of those aforementioned people was the show's most important character. That distinction goes to the Tanner family dog, Comet. Comet was a golden retriever who didn't make his debut until the show's third season, which is hard to believe because there are so many great Comet moments from Full House that make it seem like he was there from the start.

The pup first appeared in the seventh episode of Season 3, "And They Call It Puppy Love," and remained with the family until the series ended with Season 8's two-part finale, "Michelle Rides Again." He was introduced to the family after a pregnant dog named Minnie wandered into the Tanners' backyard and gave birth to a litter of puppies. When Minnie's owner showed up looking to claim his dog, he allowed the family to keep one of the pups, and Michelle chose the one who would soon be named Comet. After that, the pooch shared many adventures with the family, but the seven moments listed below really stand out.