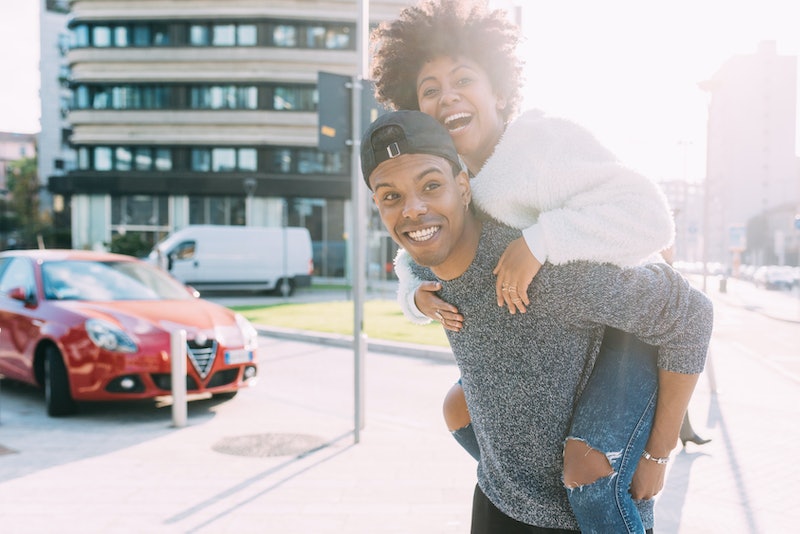 You know that feeling when you’re with a group of friends and one of you starts laughing and the next one cracks a smile and the next gets giggling and suddenly you’re that group of five people holding their guts because they’re laughing so hard? Well, it turns out that’s not just because your friends are hilarious. (Although I’m sure they are.) A new study from researchers at Turku PET Centre, the University of Oxford, and Aalto University found that social laughter floods your brain with endorphins — and it might be how humans establish social bonds.

The question the researchers started with for this study is related directly to monkeys. Well, to be more specific, it’s relate to how other primates (i.e. monkeys, chimps, etc.) maintain social networks compared to how humans do it. Simply put, other primates engage in social grooming and touching — like that classic image of a monkey pulling bugs off of another monkey and eating them. That’s how they stay connected. But humans have really big networks, way bigger than any primate tribe. And yet we still manage to have social bonds. So the researchers asked: What gives? What are humans doing that keeps us connected if we just don’t have the time to touch and socially groom everyone in our networks? (Also, that would be weird.)

The answer is: Laughter! And to figure it out, the researchers injected a radioactive compound in the brains of 12 guys. That compound bound to their brain’s opioid receptors so that when the researchers took pictures with their positron emission topography (TEP) camera, they could see how the men’s brains were reacting. Then they put them in two situations: 30 minutes alone in a laboratory, to act as a control, and 30 minutes watching funny videos with their friends. The results showed that laughing with friends resulted in the guys feeling better and a significant increased release of endorphins and other opioid peptides in the parts of the brain that have to do with pleasure. They also found that if the guys had a higher density of opioid receptors, they laughed more, which might help explain why some people are more sociable than others.

It might not be surprising that laughing with people you like makes you feel good, but this study reinforces the theory that laughter is one of the main ways that humans bond with each other. And while it looked specifically at a group of male friends, that lesson can be applied to romantic relationships as well.

"A great lover of any gender is enthusiastic, curious and fascinated by their partner’s responses," co-authors of Designer Relationships Patricia Johnson and Mark Michaels tell Bustle. "Great lovers are willing to experiment and try things that may be a turn-on; they’re able to listen to feedback, and have healthy sense of humor."

So get your social laughter bonding on with these seven easy ways to add more laughter to your relationship.

More like this
Here’s How To Reignite The Spark In A Sexless Relationship
By Vanessa Marin
Are Gemini & Leo Compatible In A Relationship?
By Kristine Fellizar
9 Signs You Might Be In A One-Sided Relationship
By Lea Rose Emery and Mackenzie Sylvester
The Juiciest “Would You Rather” Questions For Couples
By Alice Broster and Rachel Mantock
Get Even More From Bustle — Sign Up For The Newsletter