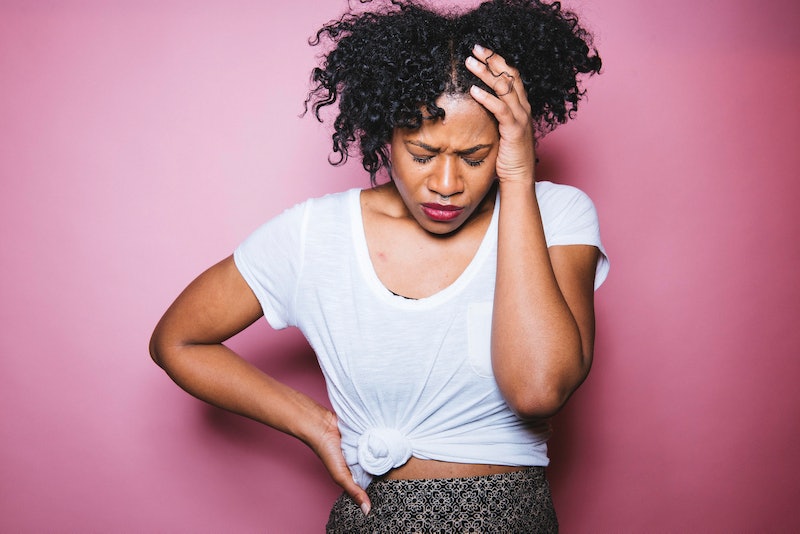 Bloating, gas, cramps, food sensitivities, and unexplained aches and pains can be disruptive to your daily life, and they're also telltale gut inflammation symptoms to watch out for. On its blog, Harvard Health noted that links between gut health and overall health have been explored since ancient Greece. But as modern medicine evolved, gut health was reportedly discounted by doctors, and patients who complained of gut-inflammation symptoms were often dismissed as being hypochondriacs. However, in recent years, doctors have begun reexamining gut inflammation and its link to overall health and wellbeing.

"Inside our bellies, we have an extensive intestinal lining covering more than 4,000 square feet of surface area. When working properly, it forms a tight barrier that controls what gets absorbed into the bloodstream," Dr. Marcelo Campos wrote for Harvard Health. "An unhealthy gut lining may have large cracks or holes, allowing partially digested food, toxins, and bugs to penetrate the tissues beneath it. This may trigger inflammation and changes in the gut flora (normal bacteria) that could lead to problems within the digestive tract and beyond."

A 2017 study published in the journal Microbiome noted that gut inflammation may in fact be related to myriad chronic diseases, especially as you get older. You may have heard a parent or grandparent say "I can't eat the way I used to," and it turns out this might be due to gut inflammation. "Significant evidence implicates chronic, low-grade inflammation as one of the most consistent biologic features of both chronological aging and various age-related diseases/disorders," the study revealed. Other studies have linked gut inflammation to certain autoimmune diseases. If you've been feeling unwell, and your doctor can't determine a cause, having these symptoms might mean it's time to trust your gut — literally.