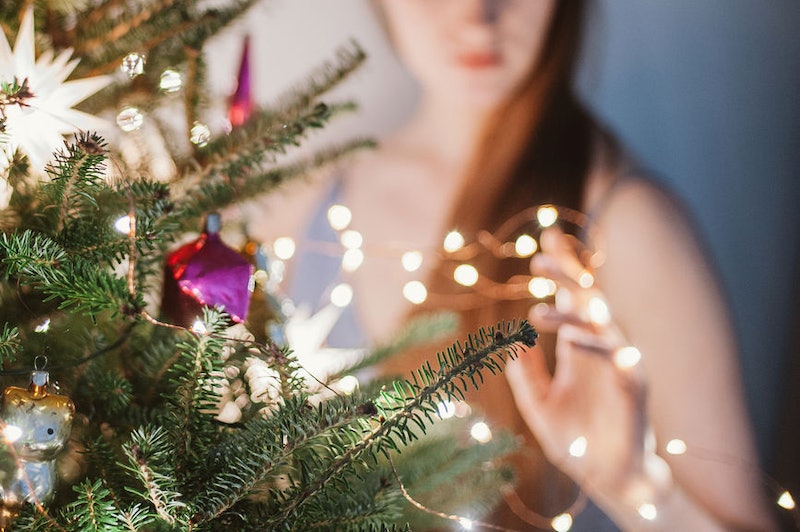 Every holiday season there is much hand-wringing and think-piece-writing about Christmas traditions, and how they are being ruined by non-denominational carols/window displays/coffee cup designs. The idea in certain circles seems to be that good old fashioned Christmas has been corrupted by the boogeyman of "political correctness." But... are things like cards and trees and goodwill towards men actually part of a "traditional" Christmas celebration in the first place? Or do we owe them almost entirely to everyone's favorite wet blanket SJW, Charles Dickens?

Of course, I'm not suggesting that Dickens himself invented caroling or Christmas trees (there were "Christmas" trees in Europe long before there were Christians). But it is his fault that the holidays are still celebrated this year. You see, Christmas was actually falling out of fashion in the early 1800s. Puritanical religious leaders disapproved of the decadent feasting and the pagan influences of medieval Christmas. Most businesses did not allow time off for the holiday, and most of England was so extremely poor and overworked at the end of the Industrial Revolution that there was little money or energy for merrymaking, anyway. Child labor was common. Workhouses with brutal conditions were a popular "solution" to poverty. The dominant political ideology of the rich was that the poor should be made miserable in order to motivate them to stop being poor, or else they should be allowed to starve to “decrease the surplus population.”

Enter Charles Dickens. He'd grown up working in factories as a child, and he did not agree that torture and an early death were effective methods to end poverty. He was already a popular fiction author by 1843, and he desperately wanted to use his clout to help impoverished children. So he started writing a stirring political pamphlet, titled An Appeal to the People of England, on behalf of the Poor Man's Child, set to be published near the end of the year.

But Dickens was worried that no one was going to care about his passionate social justice rants. He decided to re-brand his pamphlet as a ghost story (because the Victorians may have hated the poor but they freaking loved ghosts). The book came out on December 19th, titled A Christmas Carol.

By Christmas Eve, the entire first edition had sold out. The book was so instantly, wildly popular that it started a Christmas craze in Victorian England, almost single-handedly reviving the holiday traditions that now dominate Thanksgiving through New Years: