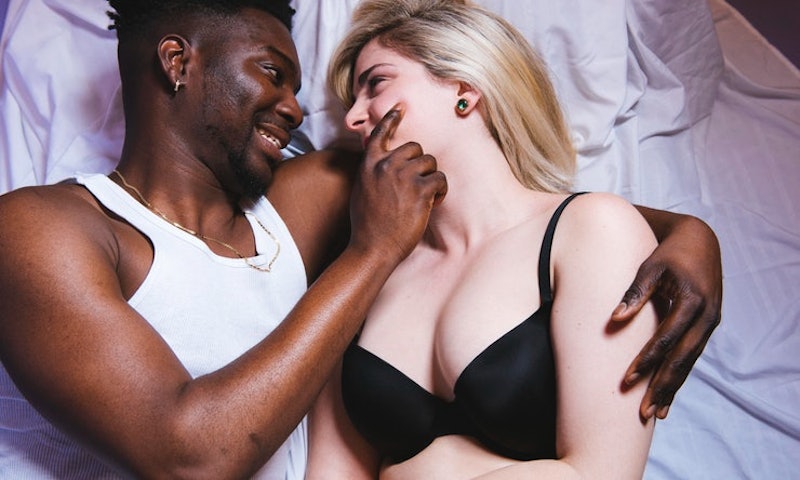 While it may be natural to wonder how often your married friends have sex, it varies from couple-to-couple, of course. For instance, does that couple have children? Do they have similar schedules and go to bed at the same time? Is one person out of town a lot for work? The list of variables goes on and on. So when you wonder how often millennial married couples have sex, especially compared to how often you and your significant other do, there truly is no “right” or “wrong” answer.

“Healthy sexual expression exists on a wide continuum,” Dr. Rachel Needle, licensed psychologist and Certified Sex Therapist in West Palm Beach, FL, and the Co-Director of Modern Sex Therapy Institutes, tells Bustle. “Every individual is different in what and how much of it they enjoy. Statistics on how often individuals have sex vary based on factors such as age, length of time in a relationship, and definition of ‘sex.’ However, this doesn’t mean that there is anything wrong with or pathological about individuals or couples who have sex less or more often than averages. Plus, sexual frequency can depend on factors such as — but not limited to — desire, schedule, opportunity, anxiety, and attachment.”

Recently, eHarmony conducted their inaugural “The Happiness Index: Love and Relationships in America” report, which consisted of 2,084 online interviews among people aged 18+ who were married or in a long-term relationship. The report found that 79 percent of respondents aged 18-to-24 are having sex at least weekly while 85 percent of respondents 25-to-34 have sex at least weekly.

SKYN Condoms, too, found that 84 percent of married/engaged millennials are having sex at least once a week. They surveyed 3,000 sexually active millennials across the U.S to get the DL. Additionally, 90 percent of millennials in committed relationships, engaged, or married said they are “very satisfied” or “satisfied” with their sex lives versus 76 percent of single millennials.

All that said, here’s how often some millennial married couples have sex.