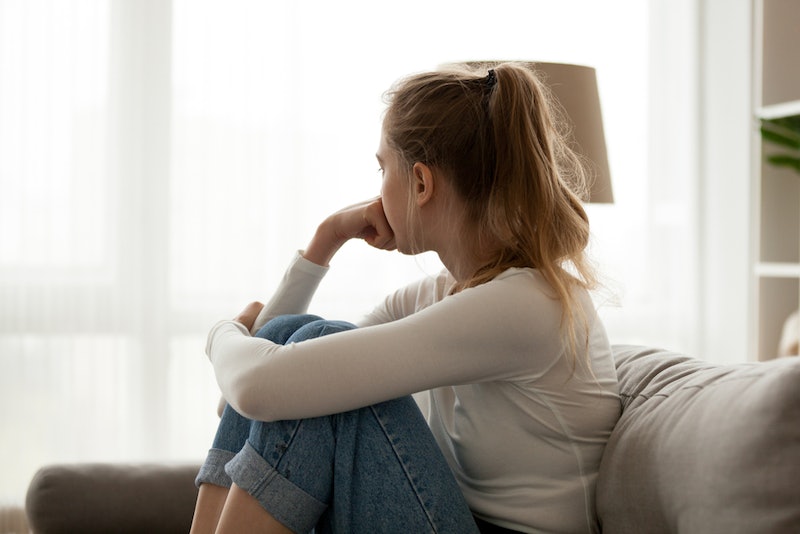 Suffering from depression can not only be debilitating and isolating, it can also be downright frustrating. When those around you don't understand it, or when they believe old wives' tales about depression that aren't true, it's easy to feel like a failure because you can't talk yourself out of a diagnosed medical condition. Personally, I have been told to "think positive thoughts," and have been offered myriad lifestyle advice from people who neither suffer from nor understand depression. Recent research has indicated that the brains of people who suffer from depression are actually working differently, meaning it's not just a condition that can be "snapped out of."

Harvard Medical School reported that the hippocampus region of the brain — responsible for emotion, memory, and the autonomic nervous system — is actually smaller in some people who suffer from clinical depression. Despite advances in research, the underlying causes of depression are still somewhat of a mystery. During the Middle Ages, "Most people thought that mentally ill people were possessed by the devil, demons, or witches and were capable of infecting others with their madness," an article by Rashmi Nemade, Ph.D., Natalie Staats Reiss, Ph.D., and Mark Dombeck, Ph.D. on the mental health and wellness website Mental Help reported. "Treatments of choice included exorcisms, and other more barbaric strategies such as drowning and burning."

While this seems absurd today, there are plenty of other old wives' tales about depression that simply aren't true, though some of them are still believed.