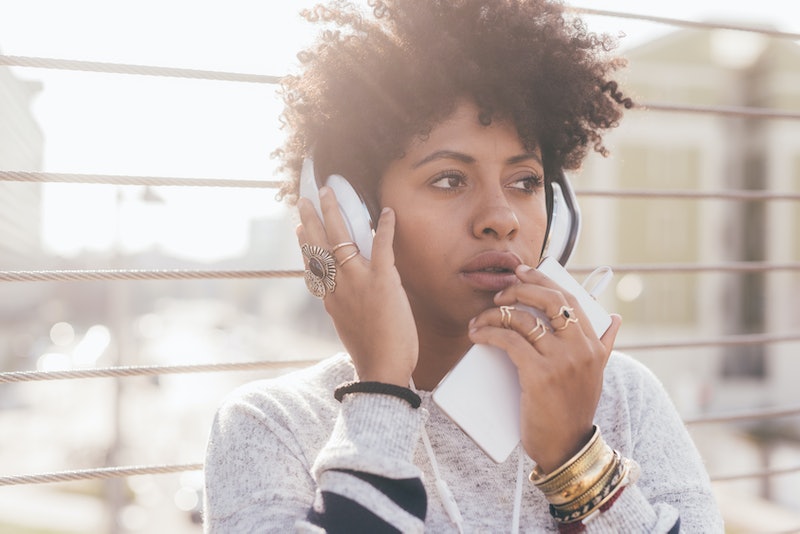 A few months ago, I emailed my life coach Christina Salerno about a stressful day that, in theory, doesn’t actually sound so stressful. I went to my partner’s parents’ house thinking we’d get dinner, realized they had to deal with some tax-related stuff that didn’t involve me, got scared that I’d wasted my time going there, frantically worked from their couch, then made an excuse to leave early after they suggested we stay for drinks because I was so bent out of shape about being there. When we got back, I ran around the neighborhood to relieve tension and make up for what I perceived as lost time. “It sounds like you have a very sensitive nervous system,” Christina replied. "A what?" I thought.

A highly sensitive nervous system is one that provides a strong response to various triggers in your environment. These triggers can be anything from an itchy piece of clothing to an insensitive comment to simply a situation you don't want to be in, and the response can include anxiety, startle, excitement, anger, and other states that involve a high level of activation. Your heart may race, and you may feel like you want to jump out of your skin. This trait can be difficult to deal with, but it can also be a blessing.

The truth is, we all have very sensitive nervous systems, Sydney Campos, FeelTank expert and author of The Empath Experience, tells Bustle. We’ve just numbed ourselves out to varying degrees so that the world doesn't become too much for us to handle. But instead of decreasing how many emotions and sensations we feel, we can increase our tolerance for these feelings. The more sensitive our nervous systems are, the more present we are in the world.

"Some people are more sensitive than others due to their trajectory on the path of awakening and may have different levels of sensitivity within different realms of expression, such as sight, sound, feeling, audio or even taste," says Campos. There are as many expressions of intuition and sensitivity as there are humans on the planet because each individual being is so uniquely expressed. However our natural state of being is to be incredibly ultra intuitive and empowered fully with bodies that contain such deep wisdom and guidance for how to live our best lives — rooted in our deepest desires, which are never random."

A sensitive nervous system, then, isn't a problem to be solved. But since it can get overwhelming, it is important to practice self-care if you have one, says Campos. I've personally found that since my nervous system sends me very strong signals when I'm in situations I don't want to be in, an important part of this self-care is doing what I want and saying "no" to what I don't want, even if it offends others.

Here are some signs you might also have a sensitive nervous system and, consequently, an extra obligation to be true to yourself.