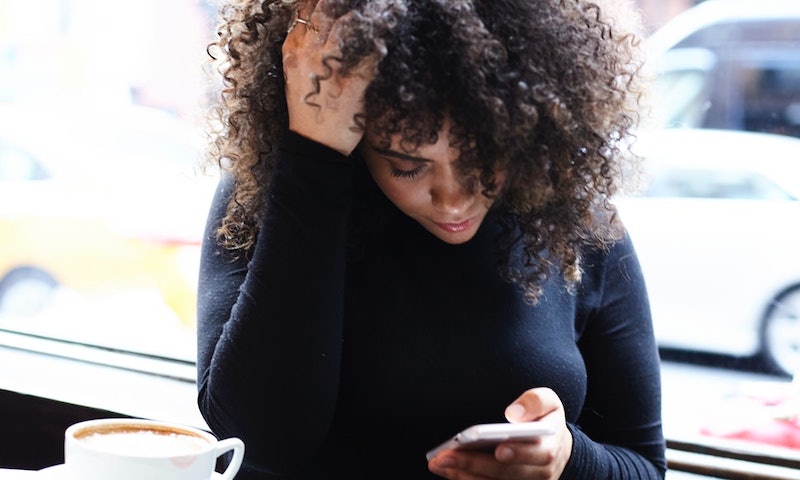 While nobody wakes up in the morning with the goal of stressing themselves out, many of us have a knack for doing it anyway. We overpack our schedules, race from one appointment to the next, and then have zero idea what to do with ourselves once it's all said and done. If this is you, it may even begin to feel like you're addicted to stress — which very well may be the case.

Since it's not an actual addiction, though, "it might be more accurate to say 'habituation,' meaning [you've] formed a habit that [you] do compulsively and are uncomfortable without," licensed psychotherapist Karen R. Koenig, MEd, LCSW, tells Bustle. "People don’t set out to habituate to stress, but it serves a function for them: because they don’t feel they deserve to relax, believe that it’s better to be productive than non-productive, are overachievers, feel guilty when they’re not moving at warp speed, keep busy to avoid internal upset, or experience inner emptiness and self-devaluation when there’s nothing for them to do or no challenges ahead."

In many ways, stress can start as a positive thing, but eventually can be used as an unhealthy coping mechanism, until it begins to feel normal. The reality, though, is that it's necessary to find a better balance and take good care of yourself. Here are a few signs you might be addicted to stress, according to experts, as well as how to break the habit.