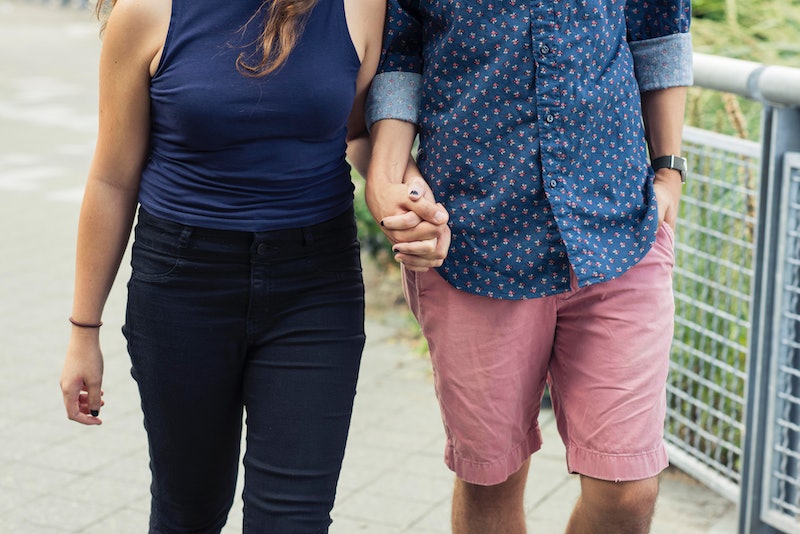 The way a person stands, how they talk, and their mannerisms can often reveal a lot about their personality. But the way someone walks may say a lot about them, too.

"A study from 2017 demonstrated the relationship between our style of walking and our personality traits, as they correspond with The Big Five," Caleb Backe, a health and wellness expert at Maple Holistics, tells Bustle. Published in Social Psychological and Personality Science, this study compared walking speed and the The Big Five personality traits; or the five broad categories of personality traits can be broken into openness, agreeableness, conscientiousness, extraversion, and neuroticism. According to the researchers, the study provided "robust evidence that walking speed in adulthood reflects, in part, the individual’s personality."

But body language can come into play, too. "Everything matters here: speed, stride, position of arms," Backe says. "And it comes as no surprise, really, seeing as how body language is — and always has been — the biggest 'tell' of them all." If you know what to do look for, it may be possible to learn a lot about someone, simply by how they walk down the street. Here are a few walking styles and what they might say about someone's personality, according to experts.