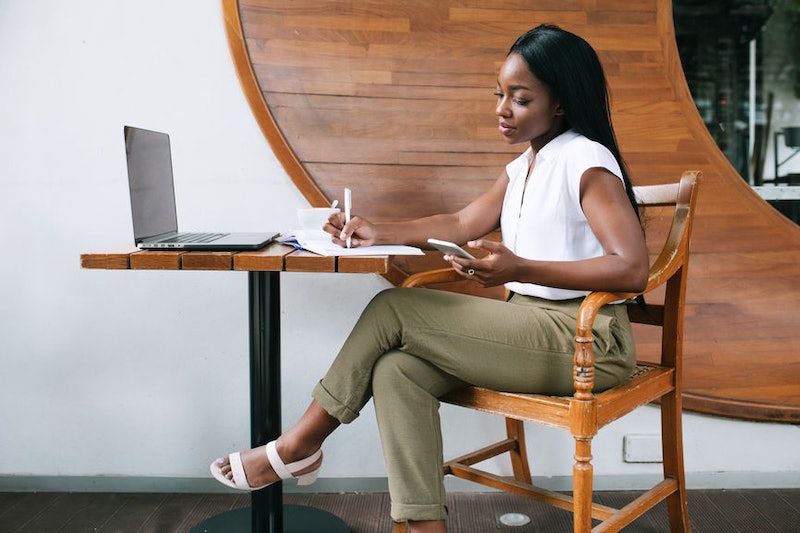 Over recent years, more and more women have been foregoing traditional male-dominated workplaces to start their own businesses. Whether they're expressing themselves through the arts, designing new technology, or establishing themselves as freelancers, women entrepreneurs are are constituting a bigger and bigger share of the workplace, with 114 percent more than there were two decades ago. Instead of exclusively seeing white men at the top of their companies, women who aspire to run their own businesses now have role models like Mogul founder and CEO Tiffany Pham to look up to. To help other women (and people of all genders) reach the point she's at, Pham recently released the book You Are a Mogul.

Pham moved to Texas from Paris at age 10 without speaking a word of English. She gradually rose to the top of her class and went on to attend Yale and Harvard Business School. She was working three jobs in New York City while she taught herself to code so that she could fulfill her dream of creating a place for women worldwide to support one another. That dream became Mogul, a site and app where women have discussions, give and get advice, share articles, post and find jobs, and more. Over 18 million women worldwide visit Mogul each week.

How did she do it? "When you have an idea, just get started," she tells Bustle. "Put pen to paper. Don’t worry about it being perfect at the beginning. Rapidly prototype, and iterate toward perfection over time. Next, reach out to your 50 role models. Not just one, but 50. Ask to collaborate with them, so you can learn from them while you support their projects and initiatives. In this way, you learn from the best of the best. And in the process, become genuine friends. Finally, be kind, authentic, and generous. Give, give, and give. Because that’s the energy you’re giving off, and that’s the energy you’re getting back. Momentum will continue to arise in this way."

Here are some more tips from Pham that she shares in her book.