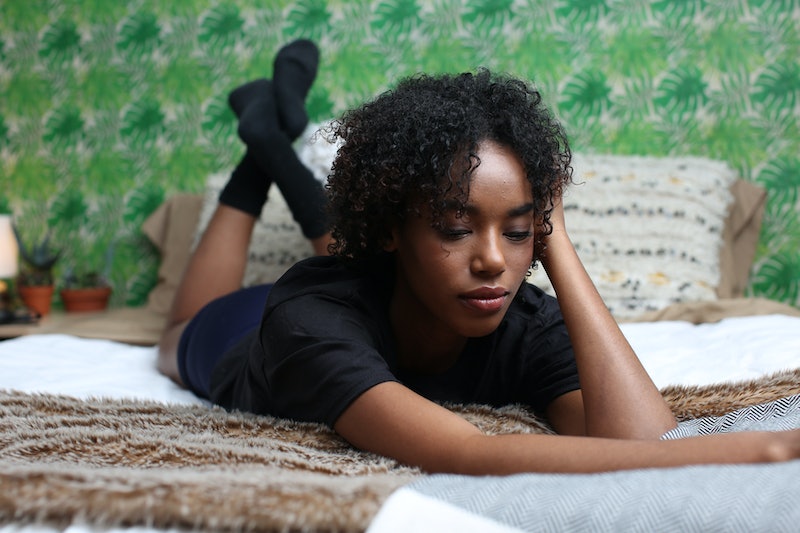 Ashley Batz/Bustle
By Kristine Fellizar
May 31, 2019

If you've ever felt like moving on after a breakup seems impossible, you're not wrong. According to experts, there is a science to it. Despite your efforts to move forward with your life, your body can actually have a way of preventing you from getting over a breakup.

"Relationships are soothing, while breakups are just the opposite," Julie Melillo, life and dating coach, tells Bustle. "Your attachment system forms a bond when you fall in love. This person literally becomes a part of you because this attachment system exists in the brain."

To understand why breakups are so hard, it's important to know the science behind falling in love. A 2010 study published in the Journal of Sexual Medicine found that falling in love can be addictive, due to the chemicals released from the brain. When you fall in love, your brain lights up and "euphoria-inducing chemicals" like dopamine, oxytocin, adrenaline, and vasopressin, get released. These chemicals are responsible for making you feel attached to your partner.

"To your brain, a relationship feels like someone feeding you delicious chocolate throughout the the day," Melillo says. "But during a breakup, the attachment system in your brain is ripped apart and basically goes haywire." It's why a breakup usually feels like a shock to the system, and why getting over one isn't easy. Here's how your body can prevent you from moving on, according to experts.