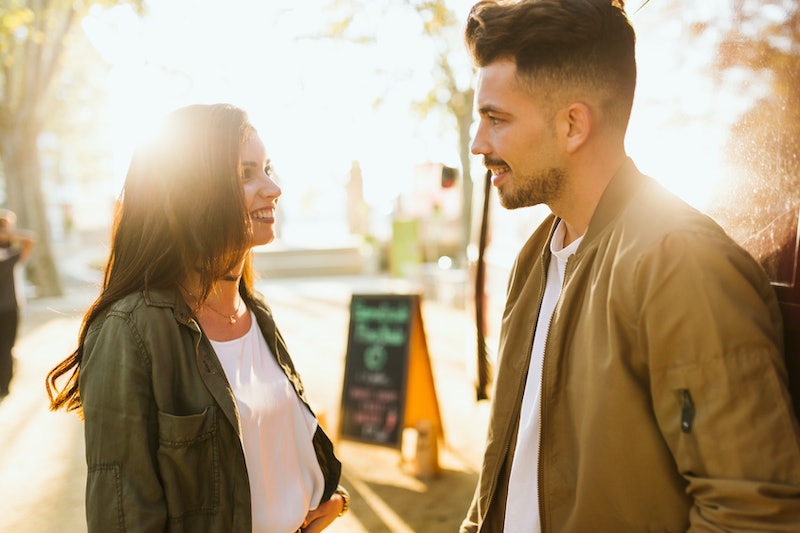 Being vulnerable with someone may sound like a weakness, but it's actually a huge strength for your love life. Being able to expose who you are, what you want, and what you need will allow you to get into an authentic relationship— rather than just being in one that stops you from being alone. “Real intimacy comes from letting your guard down and allowing [someone] to witness you in a less than stellar light," Dr. Jennifer B. Rhodes, licensed psychologist, dating coach, and the founder of relationship consultancy Rapport Relationships tells Bustle.

For some people, it comes more naturally than others. Some people regularly open up, share, emote. Others have their guards so far up that they wouldn't even know how to take them down if they wanted to. But everybody can make themselves vulnerable when they're dating if they're willing to put in the effort — and it can be an effort. Because it means feeling exposed and opening yourself up to the possibility of getting hurt, which is never fun. But the rewards — the intimacy and connection that you gain from it — mean that it's definitely a risk worth taking.

So how do you become more vulnerable in your dating life? Well, in a word, it's all about honesty.