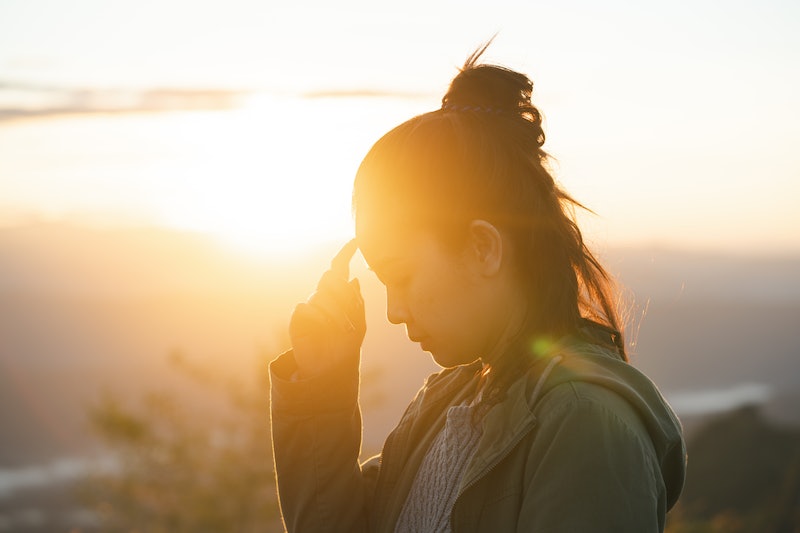 One of the biggest problems surrounding mental health is its stigmatization. As a culture, we still don’t know how to consistently talk about mental health in a healthy way. But one of the initial ways to help fight mental health stigma is by acknowledging its reality, looking at some of the statistics on mental illness in the United States — not only during Mental Health Awareness Month in May, but year round, for as long as it takes to dismantle that stigma entirely.

According to the National Alliance on Mental Illness (NAMI), one in five adults experiences mental illness every year. Mental health conditions are those which affect a person’s mood, the way they think, or the way they feel. Conditions from bipolar disorder to schizophrenia to anxiety and depression all fall under the umbrella of mental health. Depression is one of the most well known forms of mental illness. It’s also the leading cause of disability in the world, according to NAMI. But despite it and other mental health conditions being fairly common, there is still much social stigma surrounding mental health.

This stigmatization persists because of greater issues like public policy that doesn’t address mental illness and lack of widespread accessibility to mental health care. Mental illness is either portrayed rather narrowly in media or not discussed at all, also contributing to this greater social stigma. However, destigmatizing mental health overall starts with small things like having healthy individual conversations about it.

Here are seven ways you can help fight mental health stigma during Mental Health Awareness Month and beyond.