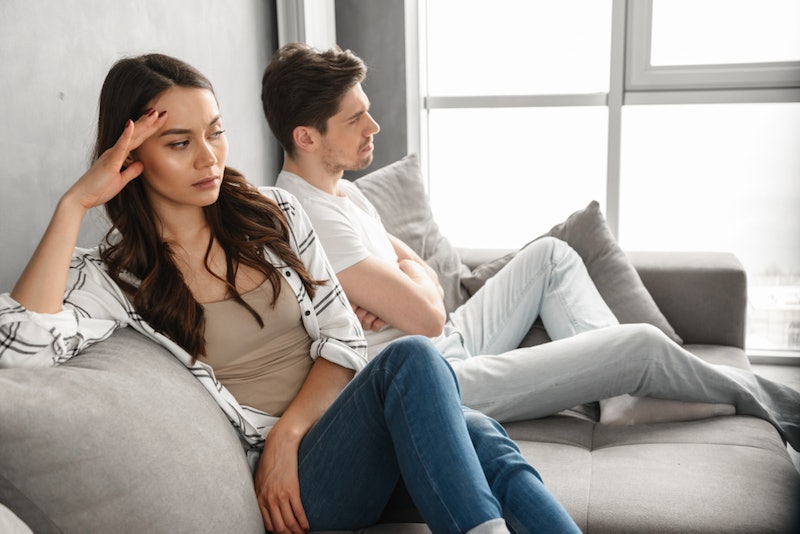 "Blaming is a very unhealthy communication style and often leads to us fighting unfairly and bringing in the past into current arguments," psychologist Kelsey M. Latimer, PhD, CEDS-S, founder of Hello Goodlife, tells Bustle.

Playing the blame game is common. But that doesn't make it healthy. In fact, Latimer says, blaming is never a positive thing and is usually a sign of an unhealthy relationship dynamic. "This can range from everyday things to big things," she says. "More often than not, it’s not about the 'what' we are blamed for, but rather the 'why' we are being blamed or needing to blame." For instance, if one partner has a hard time owning up to their mistakes, they will push the responsbility on someone else.

Nothing good can ever really come out of blaming your partner. So here's what you can do to stop the blame game from ruining your relationship, according to experts.