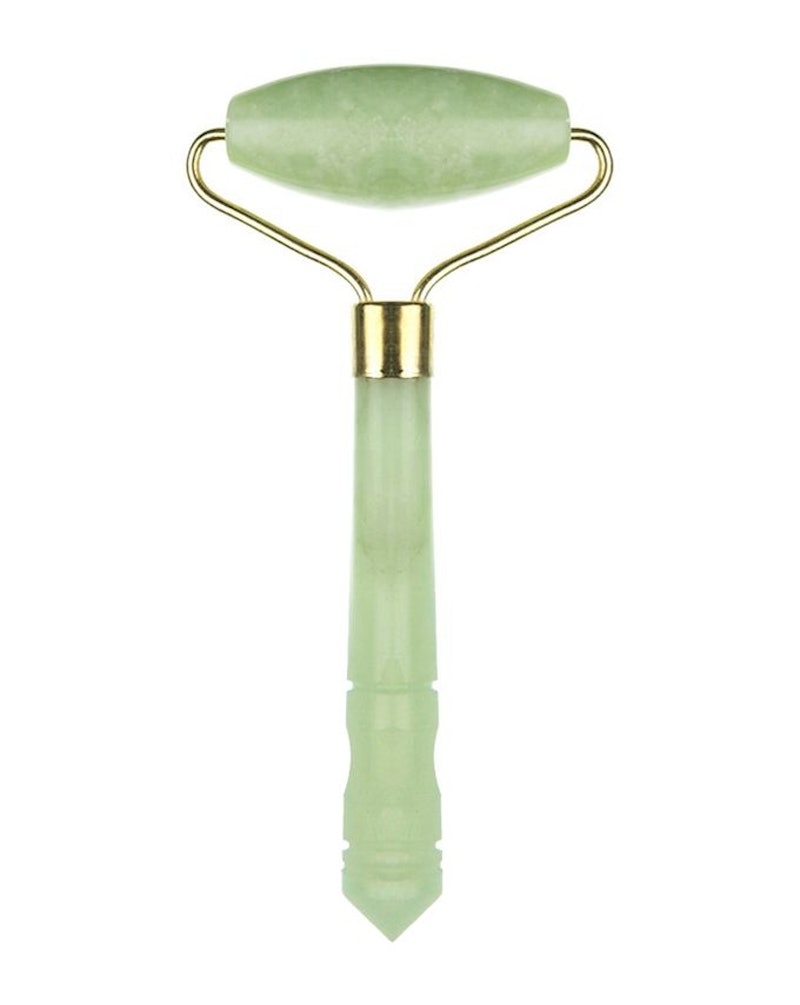 In the last few years, we Westerners have finally come around to realizing just how amazing Asian beauty treatments really are. These days, K-Beauty masks dominate the aisles of CVS and Target, and it's nearly impossible to look at any women's lifestyle website on the internet (Bustle included) without finding some new beauty product from Asia that editors and writers are obsessing over.

Having spent the last four months living in Asia, I got to see first hand just how amazing the Asian beauty scene really is. But the biggest difference between how things work over there versus in the US? The products and ingredients they use aren't just some trendy new miracle skin care solution — they're rooted in years, or in some cases, centuries, of traditions.

Take Thailand's "Slap Facial," for example. The treatment made waves when it came to San Francisco a few years ago, but it's actually been a longstanding part of Thai culture. Or consider the "Bird Poop Facial," which made a lot of people squeamish when an NYC spa started offering it, but was a huge part of Japanese Geishas' beauty routines in the 17th Century and beyond.

Luckily for those of us who are unwilling/unable to fly to Asia for these treatments — or to spend loads of cash getting them at a spa in the US — here are seven ways for you to incorporate Asian beauty rituals into your daily routine.

Bonus: You can find a friend (or, more likely, an enemy) to slap you in the face for younger looking skin, for free.

If the idea of letting snails crawl all over your face freaks you out (I mean...), there's a way to get the same benefits of Thailand's infamous "Snail Facial" without having to involve living, breathing creepy-crawlies. Snail Mucus has always been a popular ingredient in K-Beauty products, and has recently made a major splash on the US beauty scene, too. According to the team at MISSHA, a beauty and skin care company based in Korea, regular use of snail mucin has been shown to fade acne scars and hyper-pigmentation, moisturize and firm skin, clear complexion, and minimize pores. And I promise, it's not as gross as it sounds (or at least, as gross as the alternative).

So, as it turns out, Gwyneth Paltrow wasn't the first one to come up with the idea to steam-clean her vagina. People in Indonesia have been doing it for centuries. According to MindBodyGreen, this treatment has all kinds of benefits including reducing stress, fighting infection, and regulating your periods. In Indonesia, the treatment is called a “ratu,” and many women treat themselves to a steam clean once a month after their period. It’s also a pretty common pre-wedding ritual, meant to get women “ready” for their wedding night. The Indonesian version, which I tried on a recent trip to Bali, involves sitting over a bowl of steaming water and herbs for 20 to 40 minutes. Basically, all you need to DIY this treatment is a bowl of hot water, a packet of Yoni Herbs, and some time on your hands.

Jade Rollers may seem like some trendy new facial fad given how popular they've become in recent years, but they've actually been around for centuries. "Using the power of jade to draw out negative chi has been considered a long-guarded treasure by Chinese royalties," Ling Chan of Ling Skincare told Byrdie. It's meant to brighten your complexion, fight fine lines and allegedly, boost your mood. And the best part? It's just as effective in your own hands as it is in the hands of a facialist.

This is a bit of a stretch, but it'll get the job done. The fish pedicure has actually been banned in 10 states, so testing it out for real may be difficult unless you plan to adopt and feed dozens of your own "doctor fish," which I wouldn't recommend. Luckily, you can get the same dead skin-removal results from one amazing product that you can order on Amazon. Baby Foot is a K-beauty foot mask that you leave on for 60 to 90 minutes, and it acts as a sort of chemical peel for your heels and toes. After three to seven days, your feet will start shedding dead skin, leaving a totally smooth surface in its place.

"Apitherapy," otherwise known as the practice of deliberately getting bees to sting you for a health benefit, sounds more like a living nightmare than a beauty treatment. For anyone who doesn't subscribe to such a serious "beauty is pain" way of life, there are plenty of bee-venom products that don't require the torture of having live bees stinging your face. Bee venom is often referred to as "Nature's Botox," and works to break down cell membranes and causes your body to increase circulation and produce collagen. Be warned, though — your face will swell. A lot.

Get ready to buff that bod. "Skin Brushing" has been a part of Chinese culture for centuries. In fact, we can thank the Chinese for the OG Loofa, which was really just a sponge made of dried fruit (not exactly something you'd want to leave sitting in your shower, but whatever). Using a dry brush on your body and face has countless benefits, including increasing blood circulation, encouraging nutrients and stimulating nerves, all of which improves the way your skin looks and feels. Plus, it helps exfoliate dry skin, leaving you with a smooth glow.

Between the coconut, tea tree and hibiscus versions, you may think you've tried all of the "miracle" oils that nature has to offer. But camellia oil, which was used as a hair conditioner in Ancient Chinese and Japanese cultures, may just be the next new thing to add to your beauty routine. In addition to making your hair look silky smooth, it works as an antioxidant, emollient and astringent, and can be used as a serum, toner or moisturizer. Plus, it has anti-aging properties, which makes it a quintuple-treat in the best way possible.

If you dare, here are some other weird beauty rituals to try out.

More like this
6 Asian Beauty Rituals That Will Soothe Your Skin, Scalp & Mind
By Jennifer Li
13 January 2023 Beauty Launches Our Editors Can't Get Enough Of
By Rachel Lapidos
Wavy Hair Girlies Rejoice, Rhyme & Reason’s Wave Revival Regime Is Here
By Darshita Goyal
The Best Beauty Looks Spotted At Paris Couture Week 2023
By Audrey Noble
Get Even More From Bustle — Sign Up For The Newsletter
From hair trends to relationship advice, our daily newsletter has everything you need to sound like a person who’s on TikTok, even if you aren’t.