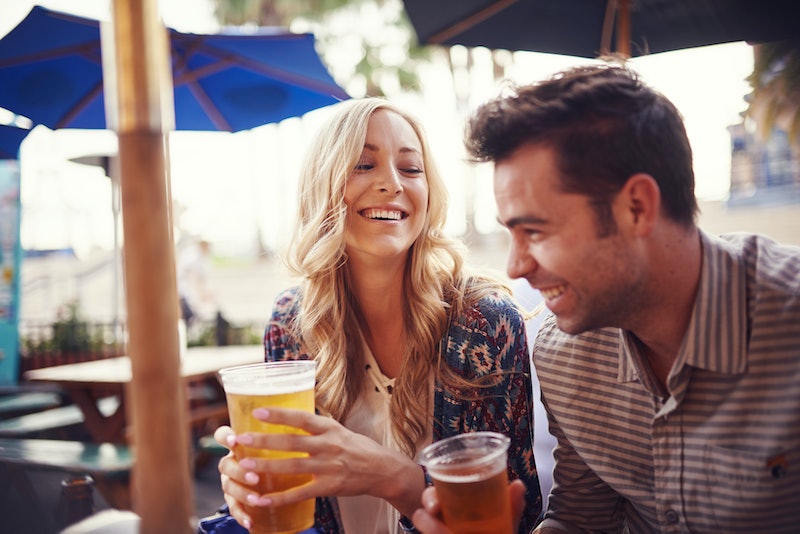 From awkward flirting mishaps to first date mistakes to avoid, bartenders have seen it all. Before dating apps became the norm, many people made it a point to go out to bars in order to meet new people. Trying to meet someone that way can have its ups and downs, but if you're looking to meet people in more "traditional" ways, Christina Oswald, the bartender at Mark Ridley’s Comedy Castle in Royal Oak, MI says it's still very effective.

"You have the opportunity to make an instant connection rather than days of messaging on a dating app just to have them flake on you," Oswald says. "On the other hand, there is the painful fear of being rejected right to your face. I find that this fear is real in a woman’s mind, but in 11 years of bartending, I have only seen this scenario play out once or twice."

If you're going to flirt with someone you meet at a bar, Oswald says there are "types" you should watch out for like the one who instantly buys you a drink the moment you sit down. "This person typically lingers at the bar just waiting for [a person] to walk up," she says. "It's a numbers game for them and they know that this kind of gesture will suck people in."

Whether you're at a bar to meet someone new or you're there for a first date, these are some common mistakes to avoid, according to bartenders.