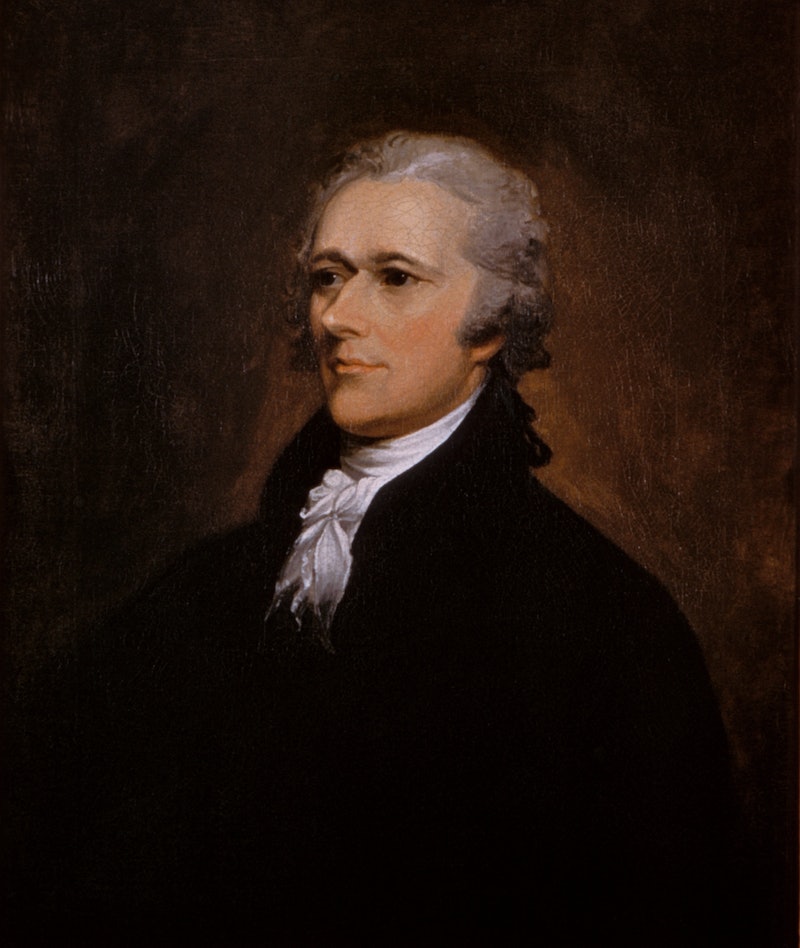 Following Donald Trump's executive order temporarily banning immigration from seven primarily Muslim countries and refugee resettlement, it seems like now might be a good time for a history lesson. Not only was the United States founded by a group of refugees, but there have also been scores of famous figures in American history who were immigrants. People have been seeking opportunity in the (so-called) Land of the Free for centuries, and without them, we would be a substantially different — and, I would argue, poorer — place than we've grown up to be. It's also a stark reminder of why banning immigration from certain places, even temporarily, is so disconcerting.

In fact, this weekend marks 100 years since the passage of the sweeping Immigration Act of 1917. Sometimes known as the Asiatic Barred Zone Act, this law severely restricted the immigration of "undesirables," such as anarchists and people with disabilities, from other countries and imposed a literacy test on those who were deemed fit to enter. It banned travel from countries along the Asiatic Barred Zone, including Saudi Arabia and the Pacific Islands. Many view this legislation as the precursor to the even more restrictive Immigration Act of 1924, which completely barred immigration from Asia and lowered existing immigration quotas.

Does all that sound familiar? It should. And it should be setting off tons of red flags for you, too.

No matter where they're from, immigrants have always been viewed as "dangerous" by some — often unfairly. Currently, Muslims are the target of this fear, but in the past, it's been directed at immigrants from Ireland, Japan, Italy, Mexico, and far too many other countries. In fact, most of the people in favor of the travel ban today are probably descendants of immigrants themselves if you go back far enough. Who knows what their lives would have been like had they come to the U.S. when their country of origin was feared?

This isn't to take away from the discrimination endured by Muslim people today, but to point out that history repeats itself. We have the power to change that, though — to stop history from repeating itself where that repetition would do irreparable harm to us as a nation. Call your representatives. Protest the executive order issuing the temporary ban. Take action. Make your voice heard.

With that in mind, here are eight famous Americans who were immigrants, and the amazing things they accomplished.

More like this
5 Ways To Stand In Solidarity With Women In America From The UK
By Sophie McEvoy
How To Fight For Reproductive Rights, Based On How Much Time You Have
By Courtney Young
Windrush Victims Are Still Waiting For Compensation
By Sam Ramsden
Boris Johnson’s Leadership Is In Question – Again
By Bustle UK
Get Even More From Bustle — Sign Up For The Newsletter