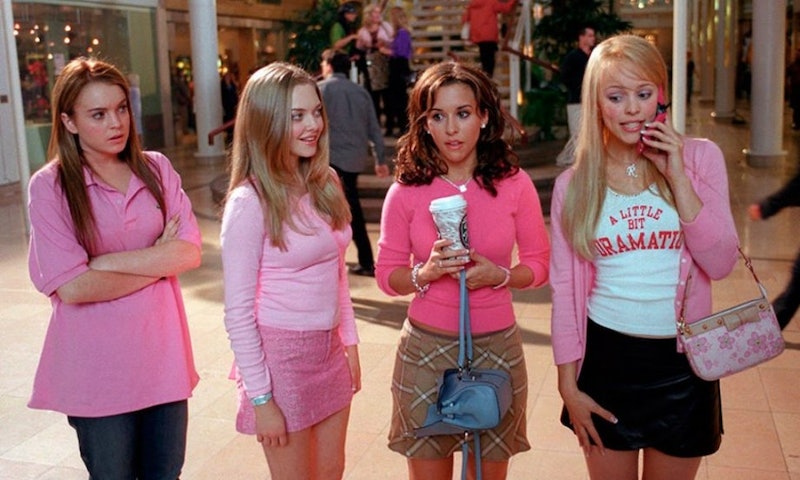 What day is it? It's Oct. 3, which means one thing: it's Mean Girls Day. If at this point you aren't familiar with the iconic line from the movie that inspired this day, allow me to remind you: Lindsay Lohan's character, Cady, is talking about her crush on Queen Bee Regina George's ex-boyfriend, Aaron Samuels. At one point, she recalled: "On October 3rd, he asked me what day it was." Flash to a scene of Aaron asking, "What day is it?", and Cady responding, It's October 3rd." It sounds silly, because it is, but this day will now forever be known as Mean Girls Day. And, like any other holiday, there are some Mean Girls deals and freebies you should be taking advantage of.

Mean Girls Day might be slightly ridiculous to those who don't realize how incredible the movie is, but for the rest of us, it's the perfect excuse to re-watch the film yet again. It's one of those movies that just never gets old, no matter how many times you see it! It's also a holiday that has caught on so much that brands are taking notice. There are some great deals happening inspired by Mean Girls Day that will allow you to get in on some free stuff, or at least get some awesome discounts. Who can argue with that?! So, check out the deals available, take advantage of them while you can, and thank Tina Fey, Amy Poehler, Lindsay Lohan, Rachel McAdams, and everyone else involved in the film for making it happen.